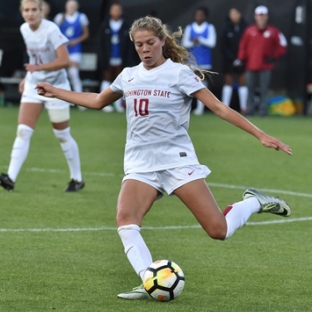 In just the fourth minute of action, the Cougs would produce the would-be game-winner when Maegan O’Neill tapped home a loose ball inside the six that found the danger area off a Cougar corner kick. The Cougs would press the action for the entire first half, banging shots off the post and forcing saves by the UCLA keeper.

4′ | GOOOOAAAALLLLL Maegan O’Neill off the scrum on the corner | 1-0 WSU #GoCougs pic.twitter.com/LQ6Ek9fDGz

After the break, the Cougars turned to their energy into a defensive wall while looking to counter, shutting down the high-powered Bruin attack to preserve the shutout. In all, the Cougs would leave the field with their biggest upset in program history, placing them right back in the postseason conversation.

What you need to know: