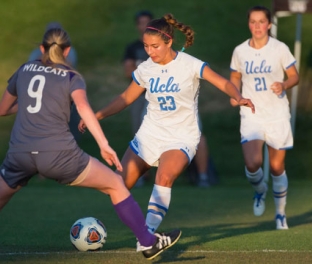 After a scoreless first half, Matulich quickly put UCLA on the board with a golazo in the 49th minute. Matulich received a cross outside of the box from Jessie Fleming and went top shelf from 20 yards out to give the Bruins the 1-0 lead.

UCLA goalkeeper Teagan Micah and the Bruin defense held on for the clean sheet, holding Weber State to just two shots in the game, one in each half. Hernandez added a late goal with 10 seconds to go, scoring after a scramble in the box. Chloe Castaneda was credited with the assist.