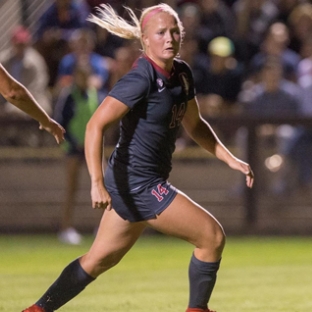 Thursday night served as a great teaser into a weekend of crucial conference match-ups in Division I women’s college soccer. October is moving quickly and it is almost unbelievable to think conference play will wrap up at the end of the month.

The Atlantic Coast Conference (ACC) had seven games Thursday night, with Duke and UNC holding on to the top spot in the conference with 15 points a piece. The Blue Devils shutout NC State, 2-0, while the Tar Heels beat Miami, 3-0. Florida State is far behind in the conference rankings with nine points.

As of Oct. 3, the United Soccer Coaches poll has Duke at No. 4 and North Carolina at No. 5 overall. The biggest ACC match-up of this weekend will be Florida State vs Duke on Sunday. Seminoles’ forward and FIFA Player of the Year finalist Deyna Castellanos has 10 goals on the season, which ranks her at No. 4 overall in scoring in NCAA Division I. Lucky enough for the Blue Devils, they have the best goals against average in the ACC with just 7 goals allowed in 12 games played.

We caught up with Cassie Miller after the game to hear about the 3-0 win against BC and her matching the FSU record for career shutouts! pic.twitter.com/5KbIzzHlzD

The UCLA Bruins continue to ride out the No. 1 spot in the coaches poll this week with 763 points and a 10-0-1 record. The Bruins are 4-0-0 in Pac-12 play and shut out Arizona State 3-0 on Thursday night to keep on rolling. UCLA will face Arizona on Sunday who are coming off a tough 1-0 loss to USC. Stanford sits just below UCLA in both the coaches ranks and Pac-12. The Cardinal are also undefeated in conference play and are fresh off a 3-0 win over Utah. The Cardinal have 744 points and a 10-1-0 overall record and are on the road to play Colorado on Sunday.

The South Carolina Gamecocks hold the No. 3 spot in the coaches poll this week with an 11-0-1 overall record and leading the Southeastern Conference with a 5-0-0 record. The Gamecocks defeated Mississippi State 3-2 in overtime on Thursday night and will take on fellow conference foe Arkansas on the road on Sunday. It was a dramatic win for the Gamecocks at Stone Stadium last night. Freshman forward Luciana Zullo scored the game-winner in the 95th minute to secure the home victory for her team.

Also worth noting in the Big-12 is West Virginia vs Oklahoma State on Friday night. The No. 9 Mountaineers sit in fourth place in the conference standings while the Cowgirls hold on to the No. 2 spot. Texas currently leads the conference with a 3-0-1 Big-12 record and 11-0-1 overall. Oklahoma State is 3-0 and will look to remain undefeated against the 2-1 Mountaineers.