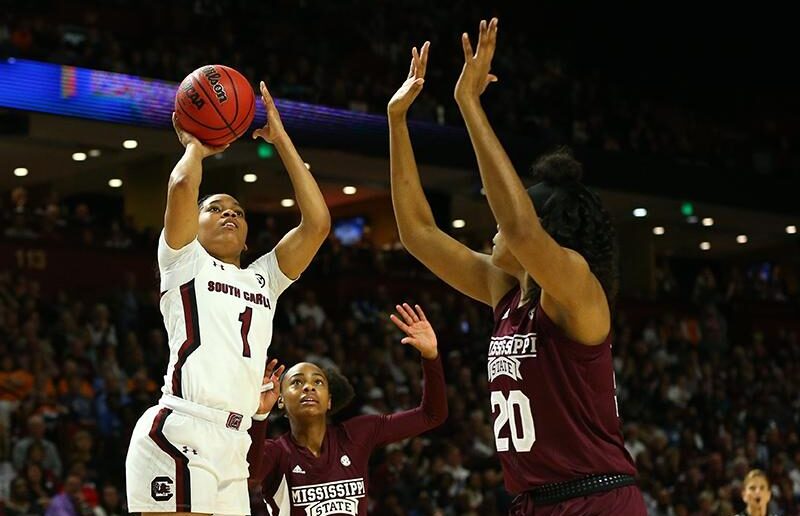 
A majority of women’s college basketball crowned a conference champ in the 2019-20 season. Unfortunately, no one had a chance to play out their final destiny for a national title due to COVID-19.

Many programs lost key seniors to graduation and the WNBA — like Sabrina Ionescu, Lauren Cox, Satou Sabally and Chennedy Carter. Not all is lost as several exciting returning players and newcomers look to resume unfinished business come tip-off on Nov. 25.

The AP Preseason Top 25 will be released later this month. These are my own preseason rankings for the 2020-21 women’s basketball season, which I’ll update each week during the season. I picked these teams based on several factors, including returning players and roster depth, incoming players, recent success and coaching. All recruiting rankings are from ESPN and can be found here.

South Carolina finished the 2019-20 season as the No. 1 ranked team, and I have confidence that the Gamecocks will come in and own that spot right away. Despite the loss of leading scorer Mikiah Herbert Harrigan and assist leader Ty Harris, the reigning SEC champs have sophomores Aliyah Boston, Zia Cooke and Brea Beal returning. This is a young core, but their talent speaks volumes. The Gamecocks proved that by winning 26 consecutive games with this trio in the spotlight. I expect South Carolina to pair its young talent with its vets by tasking senior Lele Grissett and juniors Victaria Saxton and Destanni Henderson with more minutes. That should help the Gamecocks sustain their chemistry and dominance for another run to the SEC title and a national championship.

Two words. Paige. Bueckers. The incoming freshman’s game is on another level in all areas as a facilitator and shooter. Bueckers is expected to revamp the Huskies’ backcourt by teaming up with Christyn Williams. UConn will take a major hit in losing seniors Megan Walker and Crystal Dangerfield, who averaged 34 points per game together, but the juniors are looking to carry the load of leadership. Olivia Nelson-Ododa, Anna Makurat and Aubrey Griffin will make a strong returning force. Plus, Evina Westbrook is now cleared to play after gaining eligibility since transferring from Tennessee last season.

Stanford finished No. 7 in in the country last season and returns top scorers Kiana Williams (15 points per game) and Lexie Hull (13.6). Sophomore guard Haley Jones played 18 out of 33 games last season due to a knee injury, but her return will add another scorer to Stanford’s equation. Expect head coach Tara Vanderveer to find more production down low in Ashten Pretchtel and Fran Belibi. Bringing in No. 3 recruit Cameron Brink will be a must-see addition in the paint. The 6-foot-4 forward brings a huge defensive presence with her wingspan and is an elite scorer.

The 2019 NCAA champs will look different this year after losing senior stars Lauren Cox, Te’a Cooper and Juicy Landrum, who all finished in double-digit scoring last season. Baylor ranked No. 3 in the country behind Oregon, and was hoping to make back-to-back championship game appearances. All hope isn’t lost. The Bears will return their leading scorer NaLyssa Smith and the Defensive Player of the Year Didi Richards. To equate for the losses, Stanford transfer Dijonai Carrington will be added after recovering from a knee injury and playing in only five games last season.

Mississippi State’s sidelines will look different going into the the 2020-21 season with new head coach Nikki McCray-Penson replacing Vic Schaefer, who led the Bulldogs for eight seasons. In addition to a new coach, the Bulldogs will be missing two starters — Jordan Danberry and Chloe Bibby (transfer to Maryland). The SEC runner-up still has its two scoring threats — Rickea Jackson, who had an incredible stand-out season her freshman year, and Jessika Carter. Guard Aaliyah Matharu along with Myah Taylor and JaMya Mingo-Young will also add depth to the Bulldogs’ scoring ability.

Louisville finished No. 6 in the country, and I believe they will come in strong in that same spot. Even though the Cardinals lost three starting starters in Jazmine Jones, Kylee Shook and Bionca Dunham, the ACC Player of the Year and Louisville’s lead scorer Dana Evans (18 ppg) returns. Louisville revamped its roster with No. 7 recruit Hailey Van Lith, who without a doubt will make a dangerous duo with Evans and create more scoring opportunities.  Junior guard Elizabeth Balogun will also add to Louisville’s offensive attack, but more production will be needed from her. It’s going to take all three to continue to make noise in Louisville. 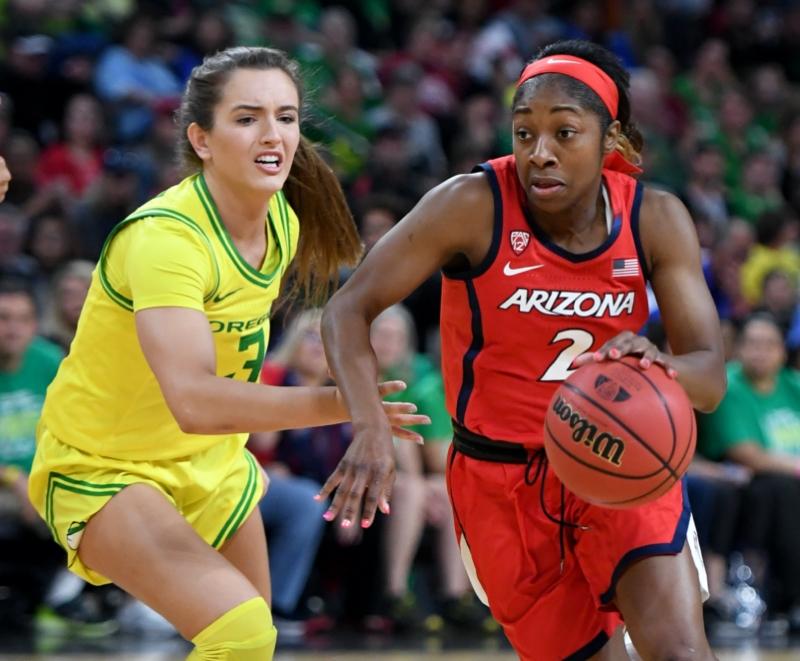 It was a no-brainer that Arizona would remain in the race for a national title with leading scorer Aari McDonald (20.6 ppg, above) returning. Not only is McDonald Arizona’s go-to on offense, the Naismith Defensive Player of the Year Finalist will bring back an incredible defensive attack for the Wildcats. Top scorers Cate Reese and Sam Thomas will also return to the lineup. Expect to see some exciting action from the transfers that were added to the puzzle, like Oklahoma’s Shaina Pellington and Virginia Tech’s Trinity Baptiste, who was the ACC Sixth Player of the Year. The Wildcats finished No. 12 in the country last season, but considering their returning talent and new additions, I can definitely see Arizona breaking through into the top 10 this season.

COLLEGE BASKETBALL: When does the 2020-21 women’s basketball season start?

The ACC champs were the best rebounding team in the ACC last season, and they will bring back their four core starters to make a run for the national title. March looks bright for NC State with lead scorer Elissa Cunane (16.4 ppg) returning as an offensive and rebounding threat. However, the starting lineup is missing ACC tournament MVP Aislinn Konig (now playing professionally in Europe) in the Wolfpack’s winning formula. Kayla Jones, Jakia Brown-Turner, Jada Boyd and Kai Crutchfield will need more production in Konig’s absence.

One of the most exciting teams in the NCAA lost four of its starters — Sabrina Ionescu, Satou Sabally, Ruthy Hebard and Minyon Moore. Oregon coach Kelly Graves looks to sustain the Ducks’ previous success by revamping the roster with five top 25-ranked McDonald All-American players that make up the No. 1 recruiting class in the country. The Ducks are loaded with elite newcomers and will return a strong core of veterans in Erin Boley, Taylor Chavez and Jaz Shelley. Nyara Sabally will return to the court after missing two straight seasons after undergoing knee surgery before her freshman year and re-injuring her knee the summer before entering her second year at Oregon. Also, I’m excited to see the impact Maryland transfer Taylor Mikesell will bring as an elite scorer. Previously ranked No. 2 in the nation at the end of last season, two questions come to my mind: 1) How long will it take the rookies to adjust at the collegiate level and create chemistry? and 2) Will Oregon remain dominant without last season’s star players?

National Player of the Year candidate and the country’s second leading scorer Rhyne Howard (23.4 ppg) headlines the Wildcats. All eyes will be on Howard to lead this team again in scoring, rebounding and steals, especially after losing senior starters Sabrina Haines and Jaida Roper, who led the Wildcats in assists. Chasity Patterson will also add to the scoring load and be able to suit up the entire season after being limited to only 19 games after transferring from Texas. Forward KeKe McKinney will also return to continue havoc in the paint leading her team in blocks. No. 29 recruit Treasure Hunt will be expected to step up and make an immediate impact as a newcomer. It will be exciting to see Hunt’s game at the next level alongside one of the best players in country.