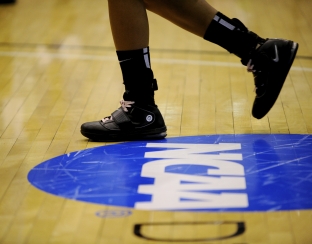 Women’s basketball moves to 4-foot arc in the lane

A secondary defender must be outside the arc and in legal guarding position to draw a charge. If the player is in the restricted area when the contact occurs, a block will be called.

– The “use-it-or-lose-it” timeout in the first half has been eliminated. Coaches are allowed to carry all timeouts over to the second half.

– The 10-second backcourt count will not be reset when the offensive team calls a timeout.

– Officials will be permitted to use replay to determine if the release of the ball on a made basket occurred before the shot clock expired.

– The coach’s box will be extended to 38 feet for the 2017-18 season. Previously, the coach’s box was 28 feet in length. Women’s Basketball Rules Committee members believe this will allow coaches to better communicate with their teams when their players are on the other end of the court.

– A player must place both feet on the floor outside the lane to avoid a three-second violation.