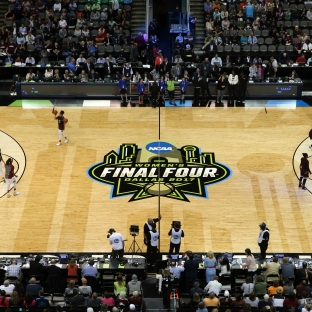 The NCAA is about to begin the formal process for identifying the next round of Women’s Final Four cities for 2021-24.

“We’re excited to begin what we expect to be a competitive bid process,” said Rhonda Bennett, chair of the NCAA Division I Women’s Basketball Committee and senior associate athletics director at Nevada. “The Women’s Final Four continues to be one of America’s top women’s sporting events, and we expect great interest from hosting communities.”

The 2018 Women’s Final Four will be played in Columbus, Ohio, at Nationwide Arena, followed by Tampa, Florida, at Amalie Arena in 2019 and New Orleans at Smoothie King Center in 2020.

Prospective bid cities have until Oct. 20 to submit a declaration of intent to bid, and they must submit a draft budget, summary of hotel availability and rates, and adherence and exceptions to the competition venue agreement by Nov. 17. When evaluating prospective hosts, the committee will review each city’s competition venue, transportation and lodging, and the region’s overall commitment to the event. Venues must hold at least 17,000 fans.

After the NCAA women’s basketball staff meets with representatives of each city’s host committee in December, the Women’s Basketball Committee will announce finalists in January.

Completed bids are due in late April, and the committee and staff will review each bid before making site visits to each finalist city next summer. Representatives from each finalist city will make in-person presentations to the committee next September. The Division I Women’s Basketball Committee then will make recommendations to the Division I Women’s Basketball Oversight Committee, followed by the announcement of the winning bids in October 2018.