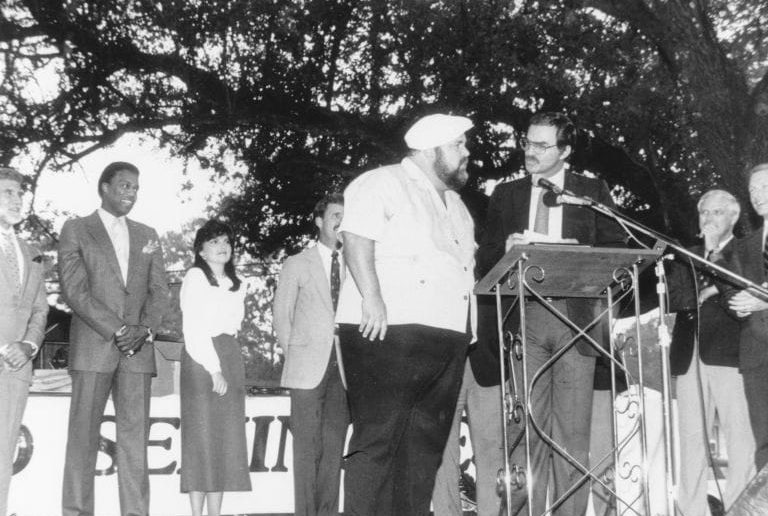 Burt Reynolds has passed away at the age of 82.

The Seminoles will honor “The Bandit” this Saturday with helmet decals. 🍢#DoSomething pic.twitter.com/eMFyRxXTMr

You probably know the connection between Burt and Florida State, but if not, here goes.

Buddy, as he was known when he was at FSU, was a highly-recruited running back out of Palm Beach High School.  He fell in love with Florida State on his recruiting visit when fellow West Palm Beach native Dick Howser, who would become the Seminoles’ first baseball All-American, and football star Lee Corso, eagerly hosted him on campus.

Reynolds showed tremendous promise over his freshman season, gaining 33 yards on a pass reception in his first action against Georgia in 1954.  He gained 134 yards rushing on 16 carries over the first half of the season before a knee injury, which ended many an athletic career in the 1950’s, sidelined him for the rest of the season.

He sat out the 1955 season while still trying to get the knee in playing shape and returned to FSU in ‘57 but was once again sidelined by injury, ending his FSU career.

However, the end of his playing career was just the beginning of his public love affair with FSU.

Reynolds became a television and movie sensation just as Florida State’s budding athletics program needed a boost on the national stage.  He hung FSU pennants on the sets of his movies and constantly sung the praises of the Seminoles.

He put his arm around Bobby Bowden like he never wanted to let go, and palled around with then FSU President Bernie Sliger.

He went to a costume designer friend in Hollywood, and together they designed all gold pants and tweaks to the game jersey.  He then had entire uniforms made for the whole team and shipped them, unannounced, to Tallahassee.  The crates arrived at the football locker room with a note addressed to Bobby Bowden from Burt that read…”If you like ‘em, wear ‘em.”  And FSU did.

RELATED: How accurate are Lee Corso’s picks on College GameDay? Meet the man who tracks them

And while Reynolds loved FSU, the Seminoles loved him right back.

The construction of a new FSU football dorm was a major accomplishment in the early 1980’s.  It was named after Burt, and the official ribbon cutting was set for mid-August when the players reported.

Reynolds arrived in a helicopter from his home in Jupiter, along with Dom DeLuise, Ricardo Montalban, Ben Casey and several other Hollywood stars. They left all of FSU’s staff star-struck, and with a boat-load of stories.

Burt loved FSU football.  I don’t mean just the FSU vs. UF game or a huge bowl game, but he loved everything about Seminole football.  He would fly up from Jupiter, again unannounced, and land on the then-Florida High baseball field just to watch a midweek practice for a few hours.

He loved Bowden, likening him to a second father figure. He loved his Florida State teammates, and boy did he love Gene Deckerhoff.

Reynolds would do all he could to promote his alma mater wherever he went, even appearing on regular segments of the Bobby Bowden TV Show along with his close pal Gene.

From 1990-1994, Burt had a popular TV show called Evening Shade.   He played a former pro football player who returned to his childhood home to coach the high school team.

Reynolds wanted Bowden to be on the show so he wrote an entire program that would feature him as a college coach coming in to recruit his TV son, who was not quite good enough to be considered by FSU.

It makes for a good story because the writers and Burt sent Bowden the script with his dialogue weeks in advance.

Bowden arrived on set in Los Angeles and was startled to see a live studio audience.  He then began looking around behind the set.   When producers asked him what he was looking for, he said he just wanted to get a look at the cue cards.

Reynolds, realizing that Bowden had not committed his rather extensive lines to memory, sat down with him and described a scenario that was familiar to the coach.  Essentially telling him just to be himself and say what you would during a home visit to a recruit.

Remarkably, the show went off without a hitch and Bowden was a natural in front of the camera.  They say no one was smiling wider at the end of the show than Burt.

I met Burt on several occasions, and it gives me great pleasure to relay that he couldn’t have been more gracious and genuine each time I was around him.  Even walking with him under the stands at Doak or out of the public eye, his tremendous sense of humor always flashed.

Just how good of a guy was he?

During that August dorm-naming ceremony a typical Tallahassee thunderstorm roared out of nowhere and a lightening crack sent everyone diving for cover in the vacant dorm rooms.

As fate would have it, about nine of us ended up packed in a room with Burt as the rain came down in sheets, pinning everyone inside.  None of us stuffed in there were A-listers, and I thought Burt must be wondering what the hell he was doing there.

Rather than sulk like Hollywood’s top box office draw at the time would be expected to do, he started to tell stories non-stop for the next 30 minutes that ranged from his early friendship with Clint Eastwood, to what making Smokey, and the Bandit was like, to a few nuggets about leading ladies.

I’m convinced if someone had thrown a few cigars in there he might have made a night of it.

When the final history of how Florida State University and its athletics program is written, the Hollywood sensation with the million dollar smile and good-old-boy charm will once again have a leading role.

Thanks for everything, Buddy. 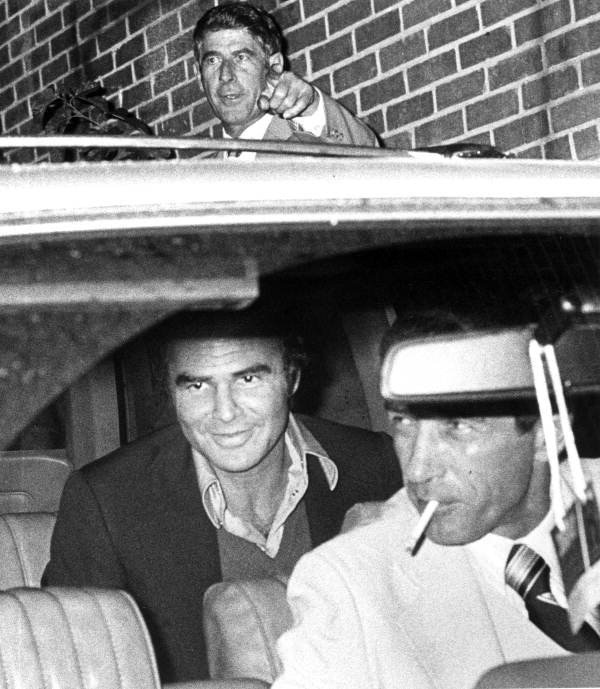