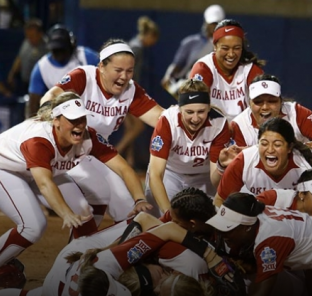 When is the 2018 Women's College World Series?

The 2018 Women’s College World Series is scheduled for May 31-June 5/6 at USA Softball Hall of Fame Stadium — OGE Energy Field in Oklahoma City. The finals are slated for June 4-5/6.

The eight-team tournament will determine the 37th national champion in Division I softball history and the 28th to claim the trophy in OKC.

The eight programs to advance to the WCWS play in two four-team double-elimination brackets to narrow the field down to two. The final two teams then play in a best-of-three format to determine the national championship.

Sixty-four teams (32 auto-bids go to conference champions) are originally selected for the NCAA Division I softball championship. Through regionals and super regionals, hosted at on-campus sites, the field is cut down to the final eight that advance to play in Oklahoma City.

Check back in at a later date to discover the dates for the 2018 selection show, regionals and super regionals.

Oklahoma repeated as national champions with a two-game sweep over Florida in the 2017 WCWS.