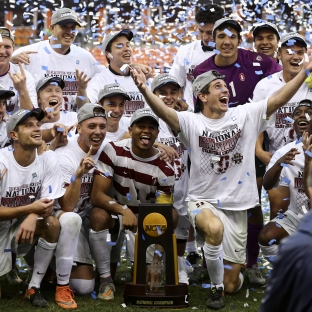 The national semifinals will be played on the first date while the national title game will then be held on the latter date to determine the 59th national champion in College Cup history.

The Division I men’s soccer tournament starts with 48 teams (24 automatic bids go to conference champions) and is narrowed down to the final four teams through four single-elimination rounds hosted at non-predetermined campus sites. The College Cup then begins with two single-elimination rounds at a neutral site to determine the national champion.

Stanford became the first repeat champ since Indiana in 2003-04 with its 2016 College Cup victory, coming on penalty kicks against Wake Forest.