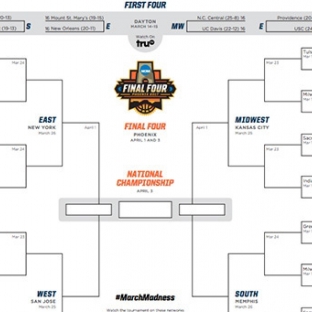 When does March Madness start?

March Madness, also known as the NCAA Division I men’s basketball tournament, traditionally begins on Selection Sunday when the field of 68 teams that have made the field for that year’s basketball championships are announced.

The First Four games will be played March 13-14 in Dayton, Ohio.


The field of 68 teams is determined by the Division I men’s basketball committee. Their opinions — developed through observations, discussions with coaches, directors of athletics and commissioners, and review and comparison of data — ultimately determine selections, seeding and bracketing.

There are three phases to the process to determine the 68 teams for the tournament:
I. Select the 36 best at-large teams;
II. Seed the field of 68 teams; and
III. Place the teams into the championship bracket.

The women’s teams who have made the NCAA tournament will be revealed on Monday, March 12.

Take this information on the go with the Catch Sports app. You can also set game start reminders, see which games are most exciting and DirecTV users can even change channels from directly within the app