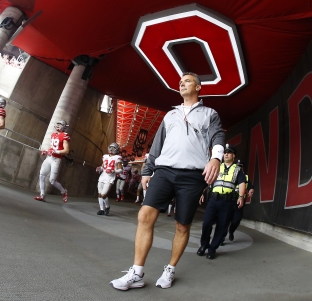 The Big Ten conference is one of the latest to play host, with its media days scheduled for July 24-25 in Chicago.

Check back in for a full schedule of events as it’s released closer to the dates. But for those who will be in the Chicago area, tickets are already on sale for the 46th annual Big Ten Football Kickoff Luncheon, hosted at McCormick Place Convention Center on the morning of July 25.

Here are the conference’s head coaches who will be in attendance this year:

There are a lot of big names on this list, headlined by Ohio State’s Urban Meyer and Michigan’s Jim Harbaugh, but many Big Ten fans will also be introduced to a handful of newcomers to the conference. Most notably, P.J. Fleck will experience his first Big Ten media day at Minnesota after coming over from Western Michigan, a MAC school he led to the 2017 Cotton Bowl.

The 2017 Big Ten title game will again be played in Indianapolis at Lucas Oil Stadium on Dec. 2.