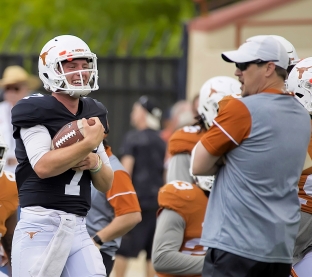 When are Big 12 football media days?

The Big 12 will take its turn from July 17-18 in Frisco, Texas. For the first time ever, the conference representatives will meet at the Ford Center at The Star for the two-day meeting.

Stay tuned for a full schedule of the days’ events as the dates approach. Below are the coaches that will appear in Frisco:

Tom Herman and Lincoln Riley will be two notable faces at the podium, as each will take center stage for their first Big 12 media days as head coaches at two of the nation’s top bluebloods. Herman was hired at Texas after three years at the helm of Houston while Riley was promoted at Oklahoma following Bob Stoops’ retirement in June.

After a six-year absence, 2017 will mark the return of the Big 12 championship game. The top two teams at the end of the regular season will battle for the conference crown on Dec. 2 at AT&T Stadium in Dallas.