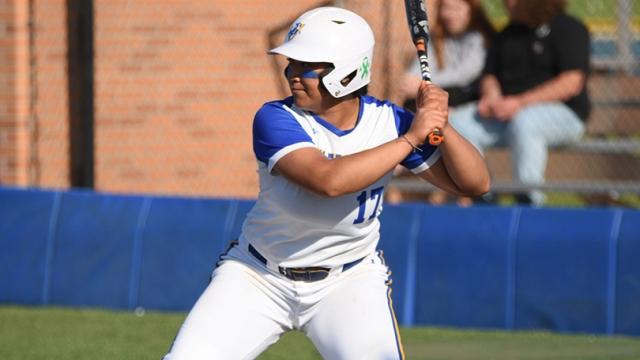 The 2021 DII softball season is nearly a month old, which means we’re more than two months away from the championship. Early as it may be, there’s never a bad time for predictions.

So NCAA.com went region-by-region to predict the eight teams that will make it to the 2021 championship. For reference, the championship is scheduled for May 27-31 at The Regency Athletic Complex at MSU Denver.

Regions and their respective contenders are listed in alphabetical order.

Winner: West Chester — The Golden Rams have yet to play a game this season, but will open the 2021 campaign with a double-header at home against Lock Haven on Wednesday, March 10. Last year, they led the Atlantic region in team batting average at .356. That also ranked fourth in the country. While West Chester lost its best hitter, Emily Maseth, to graduation, the core of the Rams’ lineup is back. Bri Garber, Courtney Stump, Madison Melvin and Trisha Kopinetz all hit above .380 and finished with nine or more RBI before the 2020 season was cut short.

Winner: Southern Arkansas — It would be difficult to find a team as stacked, and experienced, as the Muleriders. Starting pitcher Sydney Wader is coming off a season where she went 13-0 with a 1.12 ERA. The right-hander struck out 75 of the 304 batters she faced in 2020. Opponents only hit .201 against Wader. Offensively, Southern Arkansas is returning its top five hitters from last year. That group is headlined by seniors Elisa Favela and Laina Suesue. Favela led the Muleriders in batting average (.506), hits (42) and home runs (8) in 2020. Suesue led the team with 33 RBI while batting .461. There’s a reason why Southern Arkansas is currently ranked No. 1.

Winner: Saint Anselm — The Hawks won’t open their season until Saturday, March 20. But once they do, it’s likely that ace Morgan Perry will be on the round. She was sensational in the shortened 2020 season. Perry posted a 10-0 record with a 0.52 ERA and allowed just five earned runs in 67 innings of work. She also threw nine complete games and struck out 94 of the 232 batters she faced. Opposing hitters averaged .129 against Perry. Pair her with sophomore pitcher McKenna Smith (4-1 record, 0.87 ERA in 2020), and the Hawks might have the best one-two punch on the East Coast.

Winner: Grand Valley State — This region is wide open. Still, the Lakers are returning eight of their nine batters from last year’s lineup. That includes Lydia Goble, Nikoma Holmen, Joanna Cirrincione and Taylor Rieger. All four batted above .400 and finished with more than 10 RBI before the 2020 season was canceled. The Lakers played 16 games in 2020, but used only three pitchers. All three are back, and that staff is led by redshirt sophomore Hannah Beatus. The right-hander finished with a 6-1 record and a 0.57 ERA in seven starts.

Winner: West Texas A&M — We’re barely a week into March, and yet, the Buffaloes have already played 14 games. They boast an impressive 12-2 record, and are the early favorites in the South Central region. West Texas A&M’s lineup features one of the game’s top returning home run hitters in Ruby Salzman. She already has seven so far in 2021, which is the most for any player in DII. The sophomore is also batting a whopping .519 in 52 plate appearances. Defensively, Buffaloes ace Kyra Lair is 7-1 with a 3.50 ERA. She’s struck out 42 batters in 2021 and opponents are hitting just .265 against her.

Winner: Saint Leo — Most of the Lions’ roster from 2020 is in tact. Four of the five starters from last year’s rotation have returned, with the exception of Sara Neuman. Those four are Madi Mott, Kayla Betts, Sadi Avants and Rachel Bean, who all finished with an ERA below 3.00 in 2020. Both Betts and Avants posted 5-1 records. Saint Leo also welcomes back three of its top four hitters, including Kacie Kelly. The infielder batted a team-high .432 in 26 games last season and finished with nine extra-base hits.

Winner: North Georgia — Few teams have been as dominant this season as the Nighthawks, who, at 12-0, are the last unbeaten team remaining with more than 10 victories. Four players are batting above .400 so far, while two of those hitters (Margaret Simmons and Maddie Simmons, no relation) have both tallied four home runs and 11 RBI. North Georgia’s pitching staff is led by Laken Chambers, who hasn’t allowed a single earned run through 23.2 innings pitched in 2021. She’s also one of three Nighthawks pitchers who have struck out more than 20 batters (Chambers has 21), with Kylee Smith (27) and Tybee Denton (26) being the others.

Winner: Concordia Irvine — The Eagles’ top three pitchers from 2020 returned this year, led by right-hander Callie Nunes. She went 7-2 in 2020 with a 1.37 ERA before the remainder of the season was canceled. The junior struck out 76 of the 192 batters she faced. Erika Morris and Rae Flores also finished with an ERA below 2.00. Flores even held opposing batters to a team-best .141 average at the plate. Aside from losing power hitter Amanda Gjertsen to graduation, Concordia Irvine welcomed back most of its offense. Lauren Lopez, who led the team in batting average at .436 last season, is currently hitting .357 through five games.