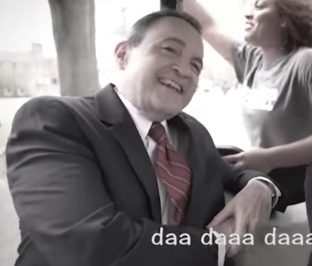 WATCH: Samford's president is fired up for this weekend's FCS showdown with Chattanooga

After taking down previously-undefeated No. 5 Wofford in Week 8, Samford’s football team is ranked eighth among FCS teams, with a home showdown vs. Chattanooga looming.

To prep his school for yet another matchup in the storied Southern Rail Rivalry, Samford president Dr. Andrew Westmoreland put together a professional, professorial video to inform the student body of Saturday’s importance:

Seems like Dr. Westmoreland is ready for some football.

It’s understandable; this is a big one in Birmingham. The Southern Rail Rivalry stretches all the way back to 1906, which is a pretty long-standing rivalry between the schools separated by a two-hour drive. The Mocs have topped the Bulldogs in 28 of the previous 42 meetings, holding a 29-10-3 all-time record.

RELATED: 7 of the most-played college football rivalries of all time

But with Samford sitting at No. 8 in the country, and Chattanooga having fallen all the way off the wagon at 1-7 this season, it looks like this season could swing things in Samford’s favor.

Thus, you have Dr. Westmoreland seemingly extremely fired up for this Saturday’s matchup. Well played, sir.