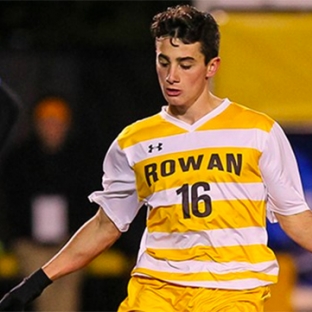 Sometimes it’s easier to do things by yourself.

Rowan men’s soccer captian Shane Doherty showed precisely that in the The Profs’ 8-2 victory against The College of New Jersey in their final regular season game of the year Wednesday night.

Watch as Doherty weaves around two defenders, “passing” the ball to himself twice before the ball even touches the ground, to set up one of his two goals on the evening.

The win was huge for the Profs as it locked up the No. 1 seed in the New Jersey Athletic Conference tournament. Rowan enters the NJAC tournament ranked No. 6 overall in the latest United Soccer Coaches poll.