No. 16 James Madison found itself in a top-20 battle with No. 14 Cal State Fullerton Wednesday night. The Dukes and the Titans were all knotted up most of the game until sophomore midfielder Tyler Clegg rocketed a shot into the bottom left-hand corner of the goal with just minutes left on the clock in overtime.

WINNER! Tyler Clegg with the rocket to knock off No. 14 Cal State Fullerton!#GoDukes pic.twitter.com/rpHtPIx7wl

It was a 1-0 final score, as the defensive battle tilted James Madison’s way due to Clegg’s heroics. The Dukes were knocking on the door all night. They recorded 18 shots all game, forcing Titans’ goalkeeper Paul-Andre Guerin to make eight saves on the night.

James Madison’s Manuel Ferriol thought he had the go-ahead goal in the 58th minute when his shot outside of the 18 was denied by the left post. Ferriol had five shots all night with one of them on goal.

The Dukes have been on fire recently, winning seven straight games after starting the season 0-2. Their only two losses came against a pair of south Florida teams, Florida Atlantic and Florida International.

Cal State Fullerton’s hot streak has been dimmed down as of late. This is its first loss of the season as the Titans now sit at 8-1-1. The tie, which took place against Loyola Marymount, could have Cal State Fullerton headed in a downward direction because it came just three nights before its loss against James Madison.

This is the second time these two teams faced each other, as they tied 1-1 last season. Now, James Madison has secured the series lead, due to Clegg and his rocket of a shot.

WEST COAST CLASH: Stanford comes from behind to notch first draw of the year against UCSB

The Titans will take a trip to College Park to face the Maryland Terrapins on Oct. 5. As for James Madison, they’ll head to Boston to take on Northeastern on the same day. 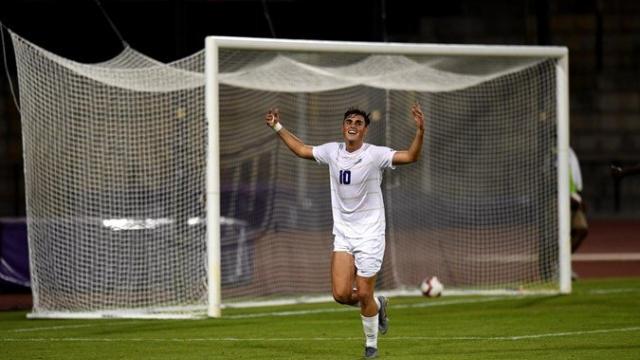 In the eight years following Akron’s title, three ACC teams (North Carolina, Notre Dame, Virginia), Stanford (three times) and two from the Big Ten (Indiana, Maryland) basked in confetti showers as champions. With almost a month of matches in the books, we took a look at three teams that could break that cycle. 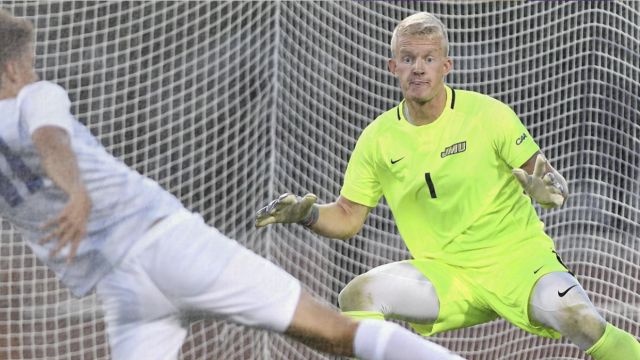 James Madison knocked off previously undefeated No. 1 Wake Forest 1-0 Tuesday night thanks to a free kick goal and a late penalty kick save.

The 2019 FCS coaches’ preseason top 25 poll was released with seven-time national champion North Dakota State claiming the No. 1 spot. Here are the key takeaways from the first poll of the year.