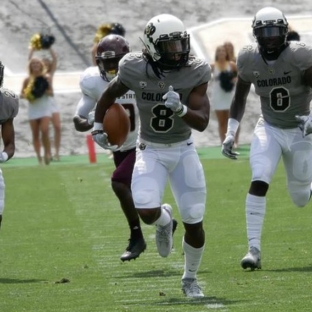 In the first quarter of Texas State’s game against Colorado, the Bobcats punt team missed five tackles before Buffaloes returner Isaiah Oliver fumbled. But instead of a turnover, Colorado’s Laviska Shenault Jr. recovered the fumble and brought it back 55 yards to break the scoreless tie at Folsom Field.

Not bad for your first collegiate touch.

Tackling can be difficult pic.twitter.com/bFfAL73iIa

The Bobcats should take cover in their film review in the coming days, because Texas State head coach Everett Withers won’t be too thrilled rewatching that play.