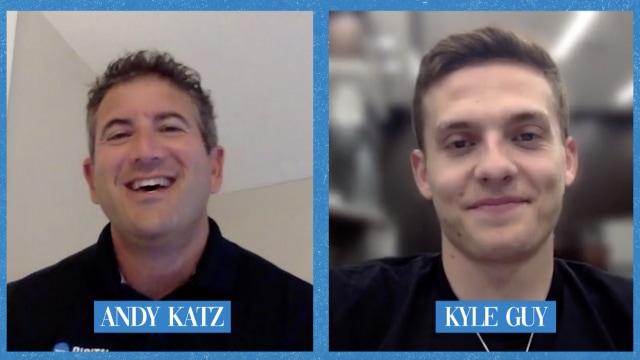 
Seven months later, the impact of an epic story of redemption still lingers at Virginia. Take all the calls to Tony Bennett. This is the way it has been since last April: His phone will ring, and often at the other end will be a voice describing hard times, asking for advice.

Why? Because ever since the Cavaliers went from Death Valley (No. 16 seed UMBC 74, No. 1 seed Virginia 54 in the 2018 NCAA Tournament, remember?)  . . .  to Mount Everest (Virginia 85, Texas Tech 77 in overtime for the 2019 national championship, remember?),  Bennett has been considered the guru of damage control. The Dear Abby of psyche repair and spirit rejuvenation.

He’s heard from a lot of people with tales of woe, then?

“Some prominent teams. I’m not going to go into names or who they are, but absolutely,” he said.  “I think in this industry, even outside of sports, people say, I’m intrigued when you get knocked on your can and you’re getting criticized and it’s humbling — what things you do and things you think about and rely upon with your young men, yourself.

“So I think that maybe was more significant to a lot of people — how we handled that adversity and what we did — than winning the championship. They probably paid more attention to what was said, how we reacted, what we did in the midst of that, because that’s a unique experience. We were the first college basketball team to experience that. It’s just basketball, it’s not true life-and-death suffering, and I always bring that into play. But for sure, a lot of people did ask.”

And what was the first thing he told them?

“I use the term painful gift, because it refines you, it causes you to think differently and really rely upon what you think about your coaching, how you do things, your relationship with your players. It makes you define yourself.”

So here he is, the year after The Year After, with Virginia’s three top scorers gone and a championship banner to hang. He is still trying to describe how it all happened and what it all meant; how the worst moment in his professional life could be followed 388 days later by the best.

Bennett has been up to his old tricks of team bonding. A summer rafting trip drew gobs of national attention last season, when the Cavaliers made their March run. This offseason included a tour of Thomas Jefferson’s Monticello just outside of town, a rousing match of miniature golf —  “There was a lot of cheating going on, so we didn’t honor the game of golf and its high standards” — a session in an escape room, where you have to look for clues to figure a way out. Also the annual team softball game, won this year by the coaches.  “I don’t know,” Bennett said, “if that’s a good sign or a bad sign.”

He has been his usual self in trying to keep everything in its proper perspective. So this preseason is the same as 2018, even if it is also 180 degrees different, or however far infamy and glory are apart.

“We didn’t hide from it, we addressed it, but we didn’t obsess about it,” he said, of that long and hard road back from UMBC. “And I think the same holds true with [the title]. We’re very thankful for it, we’ll grow from it, we celebrated it and have enjoyed it. But we won’t obsess about it, nor will we just sweep it under the rug and say — ‘that was then.’

“I think you don’t overdo either of them, and you learn from them and you’re thankful for what both extremes teach you.”

So he wore his huge championship ring once, and then put it in a box. He turned down a bigger raise from Virginia, asking the money go to his staff and the development of other sports. He aimed that his life not change, even if that’s asking a lot after winning the national championship.

RANKINGS: Michigan State is No. 1 in the preseason AP poll | Power 36 rankings

“You’re a little more noticed,” he said. “Sometimes sunglasses and a hat works, sometimes they don’t. I think you have to be intentional about putting up guard rails and just enjoying your life, keeping it as similar as you can. It’s like when you face adversity, you can’t change it, it’s not who you are. You win a championship and have an amazing run, it’s not who are you are. You’ll have that as memories, both of them. It’s such a small piece of what matters and who you are, so I hope it wouldn’t change me. Or it would change me in the right way, both of those experiences.”

Remember how it happened last spring — a six-step program to vindication that grew more remarkable by the victory.

“It’s an amazing event,” Bennett said of the NCAA Tournament. “I’m probably the poster child for why it’s so amazing, at both ends of the spectrum what can happen.”

And now, in many ways, Bennett and Virginia have to start over. The Cavaliers are no longer the star-crossed upset victim that must answer for a historical flop, though the remaining players who lived through UMBC still have the scar tissue, no matter how shining the moment was last April in U.S. Bank Stadium.

But so many of the faces are different, which is why the Cavaliers were picked fourth in the pre-season ACC poll. Only one team in 27 years has repeated as national champion — Florida in 2006-07.  And look how Virginia opens the season — in the Carrier Dome against Syracuse on Nov. 6, when the Orange masses are certain to be aroused. Welcome to the world of a defending champion.

“I’ve been probably harder on these guys than I have in the past and I need to be mindful of that, because I’m trying to push them and get them up to speed,” Bennett said. “Sometimes you can be impatient, and you have to stand back and remember this is a process and it’s a long-range thing with these guys.

“There is a bit of newness and rebuild to it, but that brings some new excitement . . . I don’t know what to expect. I know what I hope.”

And the inevitable bumps to come? “We know not to worry about it,” Bennett said. “That’s what the past two seasons have so powerfully shown.”

That’s why his phone was ringing this summer, with coaches wondering how he did it.