Each week throughout the season the Starting Five will highlight the top NCAA Division I women’s basketball performances from the previous week.

Villanova senior forward Mary Gedaka led the Wildcats to a 2-0 week with wins over Marquette and No. 12 DePaul by shooting 64 percent from the field and averaging 19.0 points per game, 5.5 rebounds and 3.0 assists per game.

On Friday, Gedaka scored a game-high 21 points on 9-of-13 shooting as the Wildcats avenged a loss to Marquette earlier this season with an 61-47 home win. Villanova held Marquette to its lowest scoring output of the season and roughly 21 points below the Golden Eagles’ season average of 68.2 points per contest. It was only the fourth time in 25 all-time meetings between the teams that the Wildcats held Marquette below 50 points.

In Sunday’s 76-58 upset win over No. 12 DePaul, senior guard Cameron Onken recorded the second triple-double in program history with 12 points, 18 rebounds and 10 assists while Gedaka added 17 points on 7-of-12 shooting from the floor. Villanova celebrated Senior Day with an emotional win in what was head coach Harry Perretta’s final regular season home game after 42 years on the Wildcats bench. Perretta has announced his retirement at the end of the season.

For the year, Gedaka is averaging 17.4 points per game and 6.4 rebounds per contest. She currently leads the Big East in minutes played (38.4 minutes per game) and she ranks fifth in the league in scoring.

CAN’T MISS: Where Oregon’s Sabrina Ionescu ranks among the all-time greats, across eras 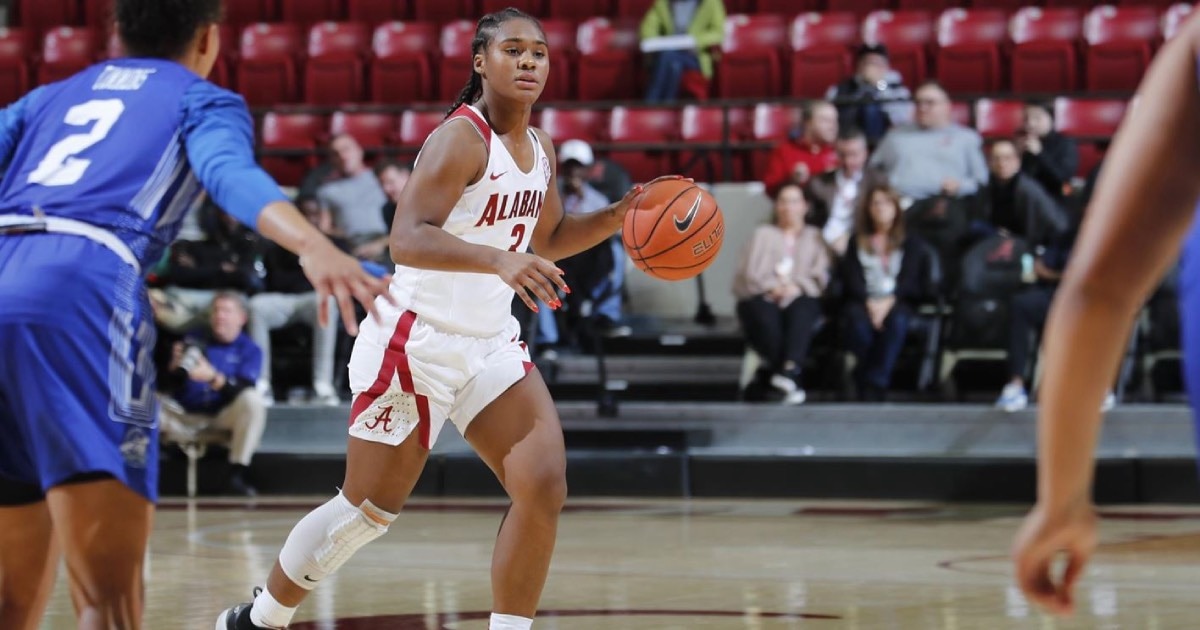 Alabama junior Jordan Lewis averaged 15.5 points, 6.0 rebounds and 4.5 assists as she led the Crimson Tide to two crucial Southeastern Conference wins, including a top-10 road win versus No. 9 Mississippi State on Sunday. It was the first time since 2018 that the Tide was able to score back-to-back SEC wins.

On Thursday, Lewis put in 16 points on an efficient 6-of-8 shooting, while tying a season-high with eight rebounds to go with six assists in the 69-62 home victory over Florida. On Sunday in Starkville, Lewis poured in 17 points, including going a perfect 3-of-3 from beyond the arc. She also added four rebounds, three assists and two steals in the Tide’s 66-64, buzzer-beating win over the Bulldogs. Lewis’ performance willed the Tide to its first win in Starkville since 2011 and its first win over a top-10 team since 2014.

Lewis has led the Crimson Tide in scoring and assists all season as the Windermere, Fla., native is putting up 13.3 points, 4.6 rebounds, 3.7 assists and 1.2 steals per game. She is currently No. 21 on Alabama’s all-time scoring list with 1,121 career points and No. 7 in career assists at Alabama. 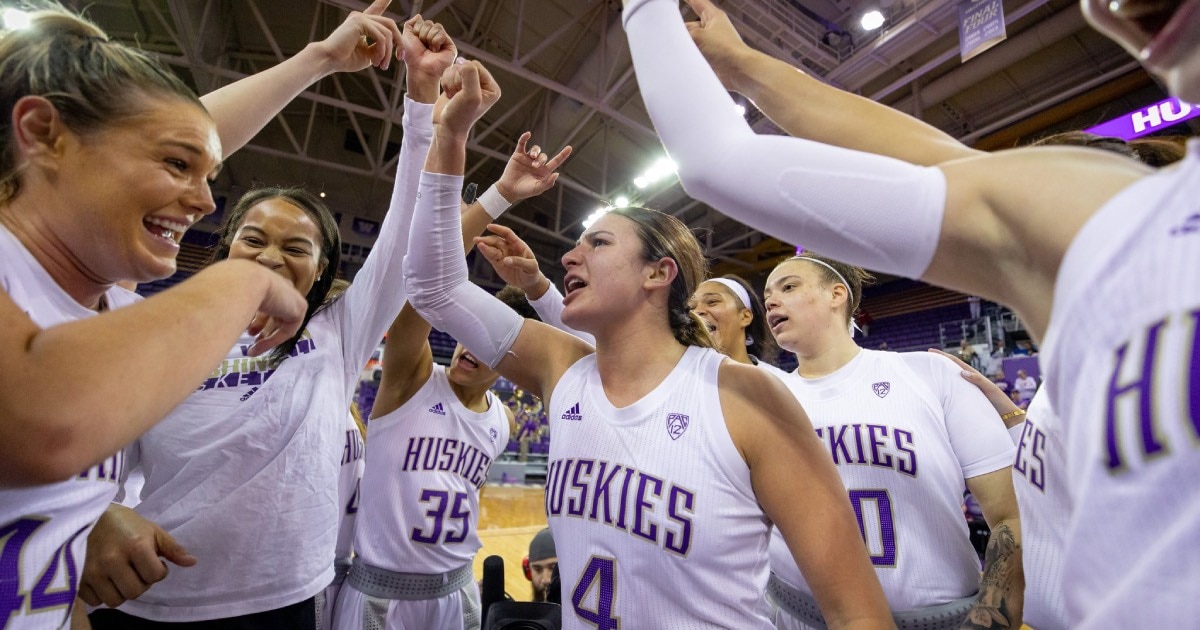 Washington senior guard Amber Melgoza was instrumental as the Huskies scored home wins over USC and No. 8 UCLA last week, averaging 23.5 points and 5.0 rebounds in two games including an upset win over No. 8 UCLA on Sunday.

Melgoza scored 25 points on 10-of-19 shooting in the Huskies’ 75-66 victory over USC on Feb. 21. She had 11 of her points in the fourth quarter, including back-to-back three-pointers to stave off a late charge by the Trojans.

On Sunday, Melgoza came up huge in Washington’s 74-68 win over UCLA, scoring 22 points while adding six rebounds, five assists and a steal. She again did much of her damage in the fourth, scoring eight points including a pair of tough baskets to open the quarter and four clutch free throws down the stretch to seal the upset.

The pair of 20-plus point games gives her 39 in her career, including eight this season. She also moved close to the top 10 on Washington’s all-time scoring list, finishing the weekend with 1,643 career points — just 32 away.

Washington, 13-14 and 5-11 Pac-12, closes out the regular season on the road, traveling to Oregon State on Friday. The Huskies then head to Eugene to face the No. 3 Oregon Ducks on Sunday. 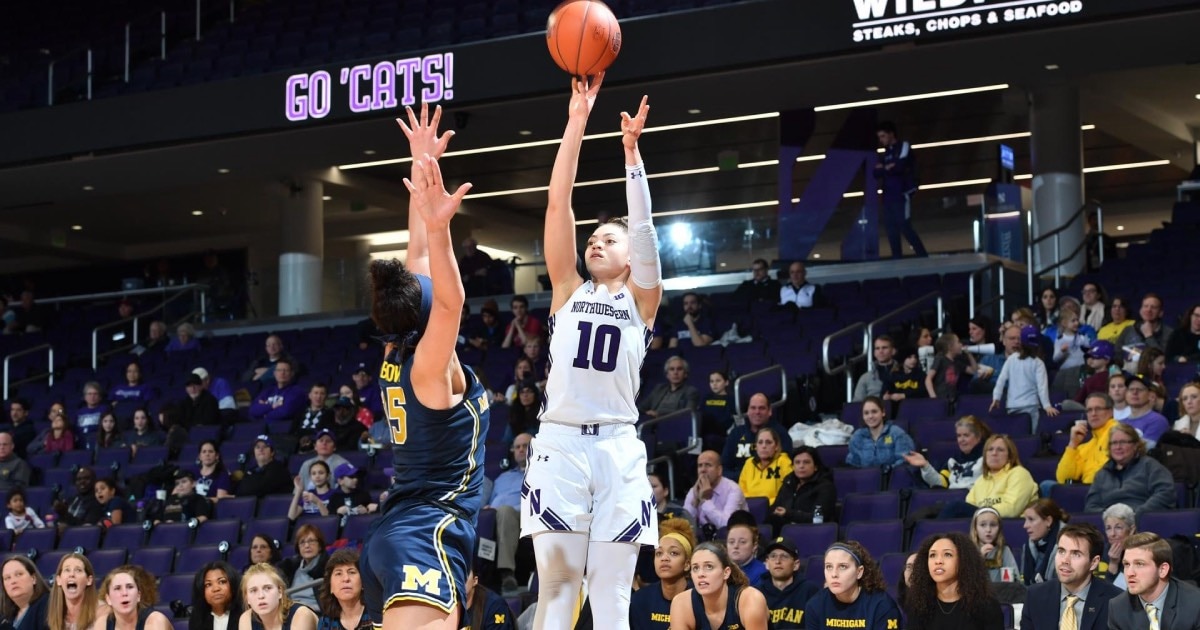 With three wins over the last week, Northwestern moved to within one game of a Big Ten title as junior Lindsey Pulliam led the way.

In the Wildcats’ latest win on Tuesday night at Ohio State, Pulliam had 16 points as Northwestern scored a 69-55 win over the Buckeyes. With the win, the Wildcats improved to 25-3 and broke a program record for most wins in the NCAA era. They also tied the all-time Northwestern record for wins in a season, set in 1978-79. For Pulliam, it was her 25th time this season she has reached double figures in scoring.

In two games the previous week, Pulliam averaged 27.5 points, 6.5 rebounds, and 5.0 assists in wins over Rutgers and Wisconsin, while shooting 62 percent from the field and 67 percent from three (6-9). Pulliam scored 25-plus points for her eighth and ninth time, respectively, this season and in back-to-back games for the first time. Her five assists in both games tied a career-high and her 13 made field goals against Wisconsin tied a career-high.

The Silver Spring, Maryland native is averaging 19.2 points per game, the third-best mark in the Big Ten. It currently ranks 11th all-time in program history for single-season scoring average.

Northwestern (15-2 Big Ten) will play for their first conference championship since 1989-90 this Saturday when they host Illinois in the regular season finale. 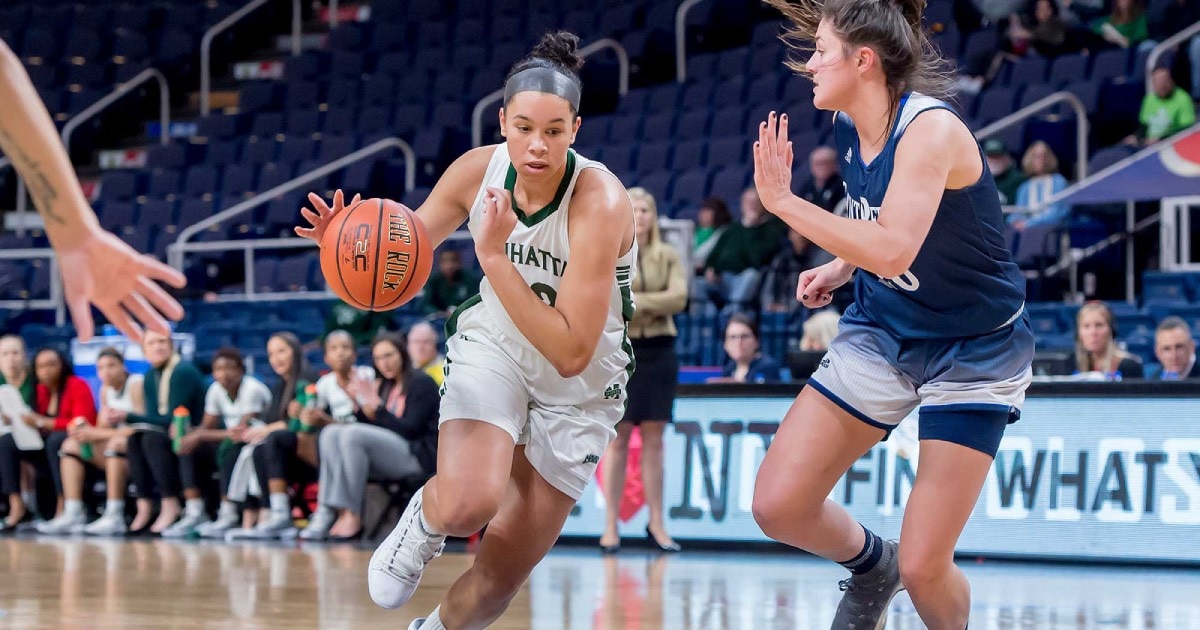 Courtney Warley of Manhattan had two straight 20-point games as the Jaspers scored wins over Canisius and Niagara.

Warley had a career-high 23 points against Canisius on February 20 as Manhattan prevailed 63-56. She added 12 rebounds, including 10 on the defensive glass, for her sixth double-double of the season. Warley scored 17 of her points in the first half, including all 11 of Manhattan’s points in the second quarter. She also went 9-for-9 from the free throw line.

Warley is currently 10th on the program’s all-time rebounding list with 654 career rebounds. She has also reached eighth on the team’s single-season defensive rebounds list (165) and is one of just five Manhattan players to reach 100 career blocks. Last week, she recorded a career-high (and MAAC season-best) 19 rebounds against Rider on February 15.