“It sounds so bizarre to say this,” Wright told Andy Katz on the latest episode of March Madness 365. “We’ve been really trying to force these guys to rest. We’re done earlier than we normally are and we’re trying to convince them, even though they feel like they still want to be playing, that they got to rest not just physically but mentally.”

With classes now all online, Wright said the main topic between his staff and his players is academics and the need to lay low.

“We can tell, talking with them, they’re battling to get back into gyms. It’s a mental battle with them right now,” Wright said.

Wright joined Katz to talk about Kris Jenkins’ buzzer-beater in the 2016 national championship game against North Carolina. That moment has made it to the Sweet 16 of the best March Madness moments bracket game. Jenkins’ game-winner will face off against the classic Magic Johnson versus Larry Bird national championship of 1979.

RELIVE THE MADNESS: Vote on what you think is the best March Madness moment of all time

CBS replayed the 2016 national championship this weekend, replacing what was supposed to be action from this year’s tournament.

“I never watched on TV, that ’16 game, until yesterday,” Wright said. “Our whole family sat down and we watched it and it was really cool … The shot going through the net, the boom of the confetti, the confetti pouring down perfectly. It was like a movie, it was unbelievable.” 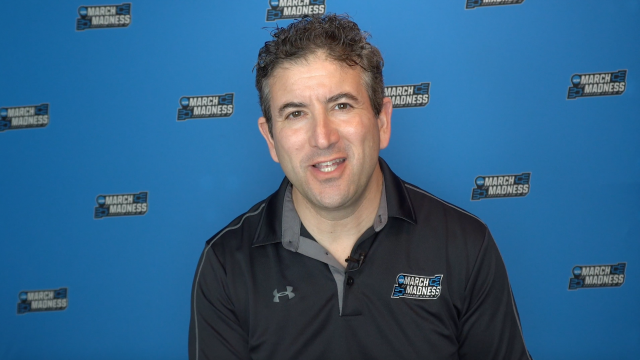