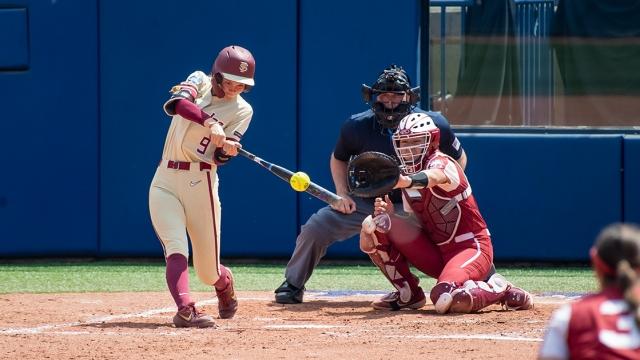 There is no requirement to use the video review rule. It is optional for all schools, conferences and tournaments to implement.

Over the past few years, conferences have experimented with video review in conference tournament games, including the Atlantic Coast, Southeastern and Sun Belt conferences during the 2021 season. Softball Rules Committee members have received positive feedback about the experimental rule and recommended that video review become a permanent aspect of the game.

Under the new rule, each head coach will have two challenges to initiate a review for the entirety of the game. A coach must verbally or visually indicate a challenge request before the next pitch, before the pitcher and all infielders have clearly vacated their normal fielding position and left fair territory, or before the umpires have left the field of play.

The umpire crew chief also has the discretion to initiate a review of designated plays beginning with the sixth inning of a game.

The following plays can be subject to review via initiation by the crew chief or via a head coach’s challenge:

The following criteria will be used in games using video review:

With thoughts of increasing pace and flow of the game, teams are allowed a total of seven charged coach-to-player conferences to occur during a game, beginning with the 2022 season.

Teams are allowed a maximum of one per half inning. An additional defensive conference would be allowed for each pitching change if that pitcher has not already pitched in the half inning, which would count toward one of the seven allowable conferences.

In addition, teams are allowed seven charged player-to-player conferences per game with a maximum of two per half inning.

To further improve the pace and flow of the game, a standard time between innings — 90 seconds — was approved for all games (media or nonmedia). Pitchers will be allowed to throw any number of warmup pitches during this time.

Hitter out of the batter’s box

If the umpire rules a hitter is out of the batter’s box at the moment of bat-ball contact, delayed dead ball will be signaled, and the defensive team will have the option to choose either the result of the play or having a strike charged to the batter and all base runners returned to the base legally occupied at the time of the pitch. If it is the third strike, the batter is declared out. This was recently clarified by the rules committee.