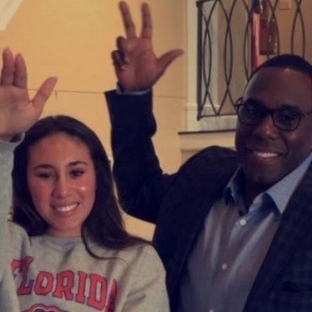 GAINESVILLE, Fla. — Makenzie Mason won’t be at Steve Spurrier-Florida Field on Saturday. Instead, she’ll be with her Florida lacrosse teammates for a fall tournament at Maryland. Her family, though, will be well represented at the “Swamp,” minus the Gator allegiances.

Until lacrosse season, that is.

Mason, a 5-3 freshman defender, is the daughter of Vanderbilt football coach Derek Mason, whose Commodores (3-1, 0-1) take on the No. 20 Gators (2-1, 2-0) in a Southeastern Conference East Division game this weekend.

Maybe it’s better she won’t be in the stadium.

“She’s a Gator,” her father said. “She loves Dad dearly, but when she signed to go to the University of Florida that’s who she committed to. That’s the way her dad raised her. I’m good with that. She just knows that when she comes back to the house she better not have on any Gator gear.”

So proud of you Makenzie for giving your best and realizing that success cannot be attained if comfort is the goal pic.twitter.com/3qiscMJEiu

Makenzie played soccer and basketball growing up and was pretty good at both. Once she got to high school, though, she’d grown a little weary of the two sports and was looking for something new. Something different.

“[And it’s] something that he couldn’t tell me how to do or correct me on,” she added, candidly.

Amy Bokker, Stanford lacrosse’s head coach, who happened to be a neighbor of the Mason family at the time, introduced Makenzie to lacrosse. Turned out, she was really, really good at it. Meanwhile, her father, one of the brightest defensive minds in all of college football, had no clue how to use a lacrosse stick, much less attacking the crease or breaking a team’s ride.

FLORIDA VOLLEYBALL: Gators claim No. 1 ranking for the first time in seven years

In other words, it was a perfect fit.

“He just sits in the stands now and is very quiet,” she said. “I appreciate that.”

Next spring, dad will be sitting in the stands and watching his daughter play in person. The Gators and Commodores are the only SEC teams that have lacrosse programs. UF and Vandy are scheduled to play in 2018. That game will be a big deal and not just because of the family ties.