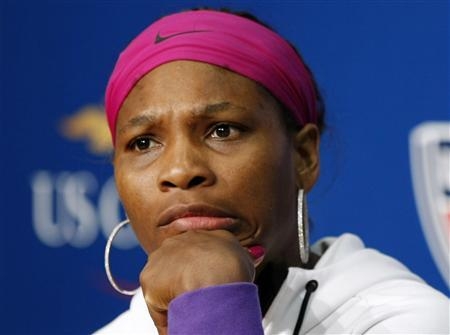 A senior level executive entrusted with handling security detail for the U.S. Open tennis tournament refers to black people as “scum suckers” and “worthless” in a stream of emails he’s sent over the years, according to the New York Post.

The newspaper reports it has obtained emails allegedly sent by VP of Special Events Scott Dennison through his Contemporary Services Corp. account. In one scathing 2009 transmission, the 56-year-old longtime employee writes about the company’s recruitment of employees to work the upcoming tournament “no African Americans please, only limited quantities have brains and can actually do a day’s work.”

In yet another 2011 email, The Post reports Dennison wrote of sending a “world renowned” German-shepherd trainer to Boston to check out a dog to replace one that had died. “If he likes what he sees he will fly the Dog to Denver. There he will do a great deal of bite work, off leash training and some n—-r eating exercises,” he wrote.

Dennison, of Scottsdale, Ariz., also disparaged President Obama and the Rev. Al Sharpton in a litany of July 2010 e-mails related to a Craigslist posting for security jobs at the Flushing Meadows grand slam event, offering a mock testimonial by a former black employee, Sean Felder, 45, of Harlem.

“Yu sez brothurz, Mr. Gon allows the black man to be superior we run the place cuz we needs the money and Obama and Rev Sharpton allowed us to mix with the White Crackers at this event,” he wrote. “Come on down we can cheat, steal, eat food and sleep. Just like our new govt allows us to do, to get back at the white man for Slavery.”

In his online “Founder’s Message,” CSC CEO Damon Zumwalt boasts he launched the privately owned business with diversity in mind. “I grouped together young athletes from various ethnic communities; a rainbow coalition,” he wrote.