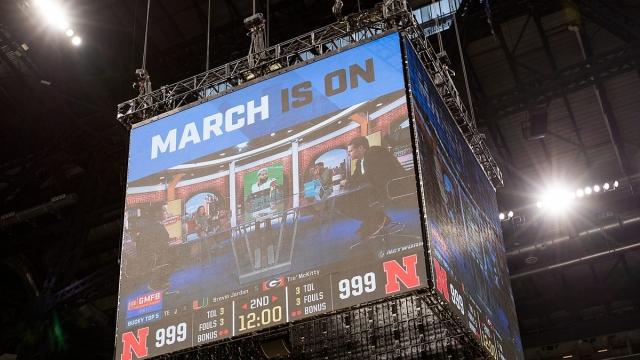 CBS Sports and Turner Sports will once again feature a marquee lineup of announcers for combined coverage of the NCAA Division I Men’s Basketball Championship. All 67 games from the 2021 NCAA Tournament will be televised across four national television networks – TBS, CBS, TNT and truTV – and via NCAA March Madness Live, beginning Thursday, March 18, with the NCAA First Four on truTV and TBS.

This year’s NCAA Final Four National Semifinals on Saturday, April 3, and National Championship on Monday, April 5, from Indianapolis will be called by Jim Nantz, Grant Hill, Bill Raftery and reporter Tracy Wolfson on CBS. This is the sixth straight Tournament they have called the Final Four together.

Gene Steratore will return as rules analyst throughout the Tournament.

New and expanded commentator roles for this year’s coverage will include:

This year’s Tournament will feature two studios – one in New York and one in Atlanta. Ernie Johnson will host from Turner Studios in Atlanta alongside analysts Charles Barkley, Kenny Smith and Candace Parker with Andy Katz joining studio coverage. Greg Gumbel will host studio coverage from the CBS Broadcast Center in New York and be joined by Clark Kellogg, Seth Davis and Wally Szczerbiak, with Adam Zucker providing game updates.

Due to the uniqueness of this year’s Tournament schedule, there will be 10 game commentator teams.  Following is the complete list of announcer pairings:

The tournament will tip off Thursday, March 18, with the NCAA First Four on truTV and TBS. Brian Anderson, Jim Jackson and reporter Allie LaForce will call a pair of Thursday’s games, with Brad Nessler, Steve Lavin, Avery Johnson and reporter Evan Washburn providing commentary for the additional First Four matchups.

Accompanying the live television presentation, NCAA March Madness Live will once again be the ultimate digital destination for direct access to all 67 games of the NCAA Division I Men’s Basketball Championship.

TBS will televise the NCAA Final Four National Semifinals and National Championship in 2022, with the events alternating between CBS Sports and Turner Sports each year throughout the partnership.