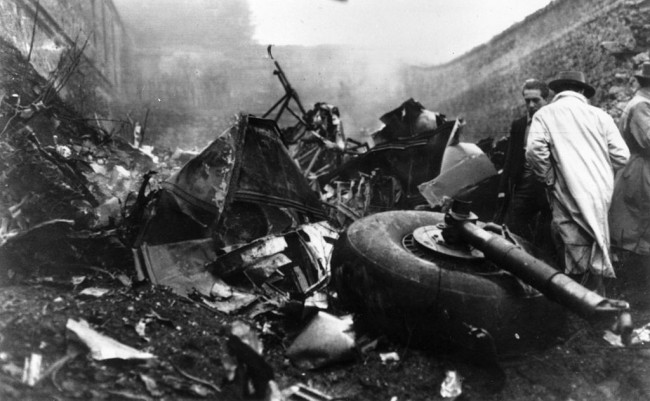 Today’s list may be quite sensitive for some readers. But, let’s take a glimpse at the worst football disasters in history. (Photo : Keystone/Getty Images)

Disasters are inevitable, but the most tragic accidents happened the more we do not expect it to come. In football history, some disasters already left a mark in the memories of the survivors and their families. To know more about the worst football disasters that occur, here is the top 10 list that we should look out for.

Indians will not forget what happened in Kolkata in 1980 when the riot broke between the fans of Mohun Bagan and East Bengal. The match was stopped after two red cards and the stampede happened with agitated fans who sparked a fatal pandemonium.

What turns out to be a preventable situation turned into an unforgettable disaster for the Nepal fans. The finals of the Tribhuvan Challenge Shield kept the spectators in a close watch between homegrown Janakpur Cigarette Factory and Bangladesh team Mukti Jodha.

When the wind rustled at 80 km per hour, the trees and posts around the arena collapsed. A brewing hailstorm came and spectators all over the stadium panicked to escape despite the locked doors. At least 80 people died in the “Black Day,” a crushing stampede that happened in the tunnel.

The FA Cup semifinal could have been the most anticipated matchup between Nottingham Forest and Liverpool, but the police security in the area seemed to be underdeveloped. The fans were only watching in two overcrowded central pens.

When police commander David Duckenfield requested the exit gate C to be opened, the people went in a stampede and the pens reached full capacity, leading to 96 deaths among the crowd.

Argentina and Peru were battling for the 1964 Tokyo Olympics qualification when the Peruvian fans rushed to the field. To control the mayhem, the police threw tear gas at the rampaging crowd which caused sudden panic.

The stampede worsened the tragedy as 328 suffered asphyxia and internal hemorrhage after being crushed in the steel gates. The casualties are believed to be higher than than the usual count in the Estadio Nacional Disaster.

For today’s fans of Liverpool and Juventus, we could never imagine that such a gruesome catastrophe happened at Heysel. The match at the very start was already halted when Liverpool fans fired stones at the Italian supporters.

The wall collapsed in the stampede, crushing 39 people to their death while leaving 600 injured. As a result, all English clubs were banned for five years.

Location: Pacific Ocean, off the coast of Peru

Alianza Lima club just got back from a win over Deportivo Pucallpa when a shocking tragedy happened.  The club took a charter flight when the plane crashed near Ventanilal district in Callao. The reason? The pilot drove too low that the right-wing struck the water.

The lone survivor of the crash? Only the pilot managed to get out alive the plane crash, and left 44 people dead which include players, staff, managers, and crew. It’s one of the worst football disasters that took place in Peru.

We can never envision a mid-air collision upon asking if air traffics are possible. Yes, it is possible to happen especially in the case of two planes that ran into each other which left a total of 178 deaths, including an Uzbekistan club, Pakhtakor.

Location: Atlantic Ocean, off the coast of Gabon

The team is just a few steps away from the World Cup only to be spoiled by an unprecedented misfortune. Zambia declared national mourning after the football tragedy.

Pilots sometimes launch flight tests first before taking off. But, the plane carrying the Manchester United team on-board did not escape the wrath of unstable weather. 23 people did not survive the British European flight 609 crash. Eight players from United perished.

The Italian Airlines flight Fiat G. 212 took off with Torino team passengers when it struck a mountainside. The low visibility in the area was believed to be the cause of the crash.

31 people including players and staff, died. They were aboard for a friendly exhibition match against Benfica in Portugal.

2021 NCAA Tournament: Men’s Basketball March Madness to Be Staged in Indiana for the Entire Year