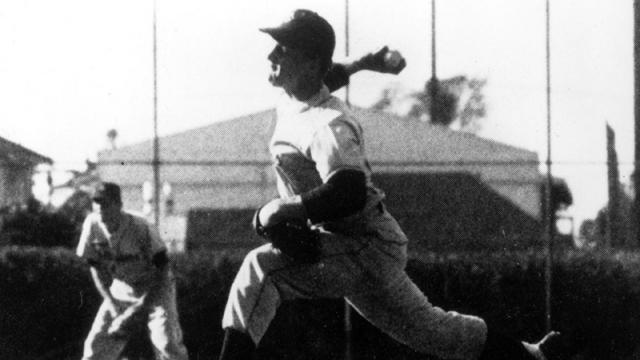 
Legendary pitcher Tom Seaver, USC’s first member of the National Baseball Hall of Fame, died on Monday (Aug. 31) in Calistoga, Calif., of complications from Lewy body dementia and COVID-19. He was 75.

“The Trojan Baseball Family lost one of our all-time greats in Tom Seaver,” said USC baseball head coach Jason Gill. “Growing up in Southern California, Tom was a childhood idol to me and many other kids in my era. He was a great example of what talent, hard work and passion for the game of baseball and life looked like for all of us. Tom represented the Trojan Way and carried himself like a champion always. My deepest condolences go out to his family and all those who knew him.”

With the Mets, Seaver was a three-time Cy Young winner (1969-73-75), was the 1967 National League Rookie of the Year and was a member of the 1969 club known as the “Amazin’ Mets” or the “Miracle Mets” that won the organization’s first World Series. He tied a major league record in 1970 with the Mets by striking out 19 San Diego Padres, including a record 10 consecutive to end the game.

Tom Seaver’s scouting report while he was pitching for @USC_Baseball in 1965: “Plenty of desire to pitch and wants to beat you.” No truer words were ever spoken about the future @BaseballHall of Fame pitcher. Who was that scout? #Dodgers coach Tommy Lasorda. pic.twitter.com/Ot4UQodYWR

He was elected into Cooperstown in 1992 by the highest percentage of votes (98.84%) in history to that point. He also is in the New York Mets and Cincinnati Reds Halls of Fame.

He was inducted into the USC Athletics Hall of Fame in 1995.

He came to USC from Fresno (Calif.) High and Fresno City College. He served in the U.S. Marine Corps in 1962 and 1963 and is in the Marine Corps Sports Hall of Fame.

After his playing career, Seaver became a color commentator on baseball telecasts. He also owned the Seaver Vineyards in the Napa Valley.

He is survived by his wife, Nancy, and daughters Sarah and Anne.