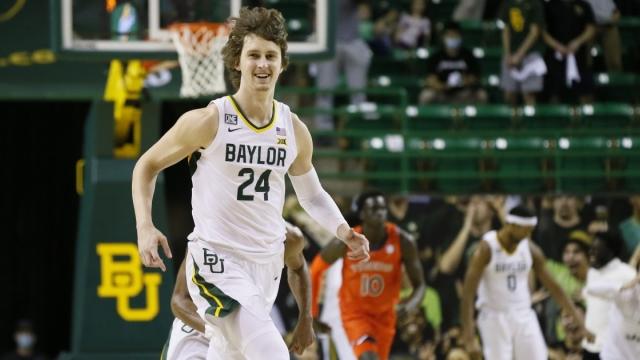 Selection Sunday is just over a month away and a handful of men’s basketball teams are in position to potentially earn their best seed in school history. For some programs, that means a potential No. 1 seed; for others, that might mean a No. 12 or No. 13 seed. But for each, if the number next to their seed is low enough, it could cap off a historic season and potentially pave the way for the most NCAA tournament wins in school history.

Using March Madness correspondent Andy Katz’s latest NCAA tournament projections, which were based on the games played through Sunday, Feb. 7, I went through the teams in his projected 2021 NCAA tournament field and identified the teams that are currently projected to earn their best seed in school history, or their current projected seed would tie the best in program history, meaning that with a few more quality wins, they could potentially improve their seed line to unprecedented territory.

Here are the schools that could make history in March with their best seeds ever. As a reminder, the NCAA tournament first seeded the entire field in 1979.

The Bears’ deepest NCAA tournament runs since 1979 have been to the Elite Eight, which happened in both 2010 and 2012, when they were a No. 3 seed. A No. 1 seed would also set Baylor up with the cleanest path to its first Final Four since 1950.

Could Alabama win the College Football Playoff national championship and earn a No. 1 seed in men’s basketball in the same school year?

It might be a challenge considering that two of Katz’s four projected No. 1 seeds are currently undefeated in Gonzaga and Baylor, potentially leaving just two No. 1 seeds available, but the Crimson Tide is currently in the midst of what could be its best season since 2002, when Alabama went 26-7 (12-4 SEC) and earned a No. 2 seed in the NCAA tournament. Alabama has never been a No. 1 seed in the NCAA tournament but it has received a No. 2 seed twice — in ’02 and 1987.

This season, the Crimson Tide started 10-1 in SEC play and if Alabama can continue to run away with the regular season conference crown, it could make a run at a No. 1 seed.

Rutgers isn’t only on pace to end an NCAA tournament drought that dates back to 1992, but the Scarlet Knights could earn their best seed ever. They’ve only made the NCAA tournament four times since seeds were added to the tournament protocols in 1979 and those four seeds were a No. 6 seeds, a No. 9 seed (twice) and a No. 13 seed), so if Rutgers can earn a top-five seed, it’ll be the best in program history. Rutgers peaked at No. 11 in the AP poll, which is the second-highest spot in the poll that the Scarlet Knights have ever reached, only behind the 1976 season, when they peaked at No. 3. That team entered the NCAA tournament undefeated and reached the Final Four just a few years before seeding started for the entire bracket.

After losing five games in a row in January, Rutgers responded by winning four consecutive games to improve to 11-6 (7-6 Big Ten) to right the ship, right as the calendar turned to February.

Colorado has the worst, best NCAA tournament seed among all Pac-12 men’s basketball programs, with the Buffaloes never earning better than a No. 8 seed since 1979. They could achieve a new best in March, thanks to a 15-5 start to the season and a third-place position in the conference.

Colorado hasn’t made the NCAA tournament since 2016, when it earned a No. 8 seed.

The Bonnies have made the NCAA tournament just three times since modern tournament seeding began in 1979. In their last NCAA tournament appearance in 2018, they earned a program-best No. 11 seed and now, they’re currently projected to earn a No. 10 seed, according to Katz. With a 9-2 record (7-2 A-10), St. Bonaventure sits atop the conference standings, through the games played on Feb. 8, and despite potentially playing the fewest number of games the program has in a season since the 1940s, the Bonnies could earn their best NCAA tournament seed ever.

UNC Greensboro head coach Wes Miller ended the program’s 16-year NCAA tournament drought in 2018, when the Spartans made the tournament and earned a program-best No. 13 seed. That’s also what they are projected to be this year, according to Katz’s latest projections, so if UNC Greensboro (13-6, 8-3 SoCon) can make the NCAA tournament and improve upon that projection by one seed line, it’ll be the best in school history.

Grand Canyon is still in its relative infancy as a Division I program. This is the Antelopes’ eighth year in the WAC and the first year under new head coach Bryce Drew, as he tries to guide the ‘Lopes into their first-ever NCAA tournament, where any seed will be the best in school history. Grand Canyon was first eligible for the NCAA tournament in 2018 as part of its process of transitioning to Division I and despite winning 22 games that season, the Antelopes fell short.

Texas State has made the NCAA tournament twice, and not since 1997, when the Bobcats played in the Southland Conference and were coached by Mike Miller. They were a No. 14 seed in Katz’s latest projections, which would be one seed line better than their first-ever NCAA tournament appearance in 1994, when they were a No. 15 seed.