NCAA.com college basketball expert Andy Katz releases a Power 36 ranking for Division I men’s basketball every week during the regular season and at select times in the offseason.

So, what exactly is that?

Simply put, the Power 36 is Katz’s personal ranking of the 36 best teams at the moment that each ranking is released. It is not an official NCAA ranking, nor a prediction for the NCAA tournament, but rather his version of the AP Top 25. The ranking is based on his extensive history in covering the sport and his ongoing experiences watching games and traveling the country to get behind-the-scenes information while talking to coaches and players.

The 36 comes from one of the more noteworthy numbers in the NCAA tournament — at-large bids available every year.

TOURNAMENT EXPLAINED: What is the history of March Madness and how does it work?

The second avenue for an invitation is an at-large bid. The selection committee convenes on Selection Sunday, after all regular season and conference tournament games are played, and decides which 36 teams that are not automatic qualifiers have the pedigree to earn an invitation to the tournament. This group is what gives the ranking its number.

SELECTION COMMITTEE: What is the committee’s role, and who is on it?

However, even though the Power 36’s name comes from the at-large bid, Katz’s ranking is not his guess for the 36 teams that will earn at-large bids in the tournament since any team could win their conference and earn an automatic bid (simultaneously disqualifying them from eligibility for an at-large bid).

But don’t worry. Katz will also be filing multiple full NCAA tournament field predictions throughout the season, where he will attempt to divine the full field of 68 before Selection Sunday.

In case you were wondering, in his last prediction of the 2019 season, Katz got 67 of the 68 teams in the field correct. So stay tuned this year. 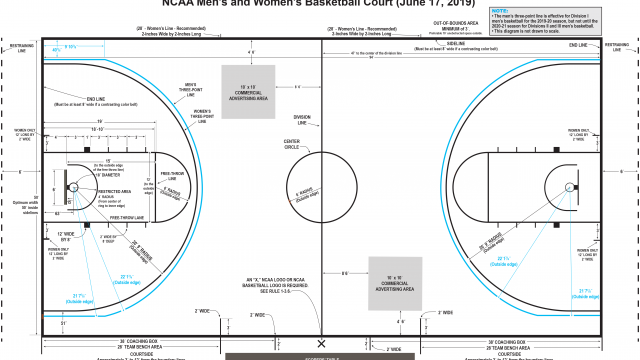 The biggest rule differences between NCAA and NBA basketball

Here are some of the most significant rule differences between NCAA Division I men’s basketball and the NBA.

Andy Katz gives his five predictions for how the Mountain West will play out this year, including Player of the Year, Freshman of the Year and important non-conference games. 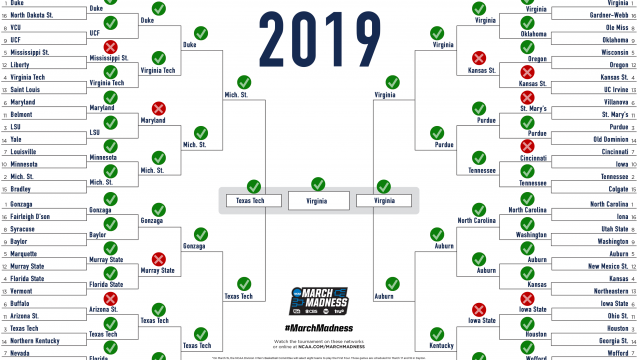 NCAA bracket hall of fame: Every winner since 2014 and how they did it

These are the best NCAA brackets since 2014 from the tens of millions of entries in the Bracket Challenge Game.