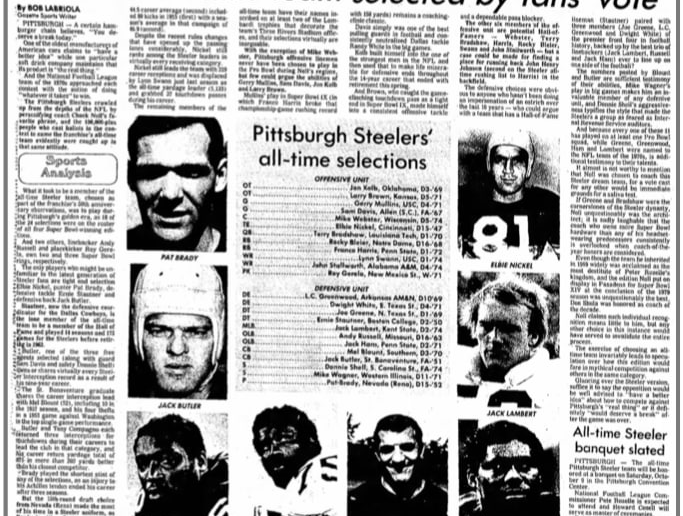 
Pat Brady became a fixture of the NCAA record book when he booted a record 99-yard punt in 1950. But that’s just a taste of his life accomplishments.

So when Brady found himself 0-5 as a member of the 1950 Nevada football team, he called upon his southpaw leg. It was THE silver lining for the 4,000 fans in attendance for the Los Angeles Loyola-Nevada homecoming game on Oct. 28, 1950.

RECORD BREAKING: The longest field goal in college football history: What we know

Nevada’s Mackay Stadium was chilly that day, according to the Los Angeles Times. Footballs usually don’t travel as far in dense, cold air. After Loyola scored two touchdowns within the first five minutes, Brady set up to punt from his own end zone.

Terrible field position did not affect the Loyola Lions. A few plays later, the Los Angeles team scored again, the third time in the opening quarter.

Brady manned the quarterback position too, but completing just 10 of 26 pass attempts for 47 yards just wasn’t enough to upend the undefeated Lions, who won 34-7.

The Los Angeles Times described the contest “as sloppy as it was one-sided” and frequented with “fumbles and a parade of penalties,” which slowed down the pace “considerably.”

The Nevada State Journal wrote about the “personal animosities, frequent penalties and plenty of injuries.” Loyola’s first-year coach Jordan Olivar told the media postgame, “Maybe that was supposed to be ‘revenge’ or something but that wasn’t football out there today.” In 1949, Olivar’s Villanova team was “severely criticized” by its type of play in the Harbor Bowl game against Nevada. On that fall night in 1950, both teams reportedly threw elbows and fists with Nevada end Wally Graf “clipping Jack Dwyer on the chin and laying him out.” Los Angeles’ halfback Neil Ferris reportedly “lost two front teeth during the game.”

Brady punched another 75-yard punt in the third quarter, but Dwyer returned it for the Lions’ final touchdown.

Nevada outpunted Loyola 13 to 4. Brady and the team averaged 35 yards a punt. The Wolf Pack’s lone touchdown was a pick-six.

Nevada ended the season 1-9 and canceled the 1951 season, forcing many football players to explore other options. Brady transferred to Bradley University, carrying the nation’s second-best average per kick (48 yards) in 1950, according to the Detroit Free Press.

Los Angeles Loyola, which is better known now as Loyola Marymount, disbanded the football program in 1973.

The Detroit Free Press created an all-time list for college kickers in 1992. After pointing out Brady’s 1953-54 season with the Pittsburgh Steelers in which he led the NFL in punting, the staff named Brady the 10th-best college punter of all time.

Brady’s professional career was shortened because of an achilles tendon injury. That didn’t matter to Steelers Fans. When an all-time Steelers team was selected by fans in 1982, Brady was either “first or second in four of the six categories of [Steelers] punting records,” according to the Indiana Gazette (PA). And in 2007, he was named to the Steelers 75th anniversary team.

Brady returned to Reno after his football career ended and worked in the print industry. He died at 83 on July 14, 2009, in Reno from lymphoma.