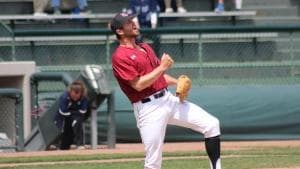 
The DII baseball championship field is down to eight. The road that started in February has come to its end in Cary, North Carolina, for eight days of baseball to decide which team will rise the 2019 national champion.

This is one of the most stacked fields in recent memory. There are combined nine national titles and seven national runner-up finishes amongst the field. Not one, but two  — Tampa and Central Missouri — of DII baseball’s most storied programs made it to Cary. UC San Diego, one of the division’s most consistent powers since 2010, returns for a third straight season.

Let’s take a look at each team playing for the DII baseball national championship in 2019.

The No. 1 seed in the finals returns for the second time in three years. The Mavericks have been one of the best teams in DII baseball all season and were rewarded for their efforts with the top seed. Colorado Mesa certainly earned it. Its three games in the South Central Super Regional were all decided by one run, showing the Mavericks have what it takes to win big games.

The Spartans had a memorable battle against Delta State in the South Super Regional, needing 11 innings to wrap up their 18th regional title and locking up the two seed in Cary. Though he was awfully quiet in the Super Regionals, Tampa’s offense is led by Yorvis Torrealba, the 2019 SSC player of the year. He hopes to get back on track in Cary and lead Tampa to its eighth championship — and head coach Joe Urso’s unmatched sixth. His father, Yorvit Torrealba is a 13-year MLB veteran and hit .400 in his final World Series appearance.

THE TOURNAMENT, SO FAR: Every regional and Super Regional result

The Indians did what only one other school was able to do all season: slow down the steamroller that was North Greenville and beat it twice in a row (championship host school Mount Olive was the other). Now, Catawba is the three seed in Cary just four years removed from a national runner-up finish. The Indians have one of the more intriguing players in Cary in Hunter Shepherd. Shepherd led the Indians at the plate with a .372 average, 12 home runs, 55 RBI and a 1.092 OPS. But Shepherd is also a big part of the rotation, following ace Bryan Ketchie. Shepherd went 7-4 with a 3.76 ERA and 70 strikeouts in 14 starts this season.

The Eagles are the walk-off kings of the 2019 DII season. There were plenty of times it seemed as if Ashland was out, like in the GLIAC tournament against Davenport or the Midwest Regionals against Bellarmine. Perhaps none compared to how the Eagles found their way to Cary, defeating Illinois Springfield in walk-off fashion on a wild pitch. Now, Ashland is one win away from tying the program record for wins in a season, and we’re going to call it a hunch that should they get it, it will be in its dramatic style.

The Mules wrapped up their 18th Central Region title and they certainly earned it. Central Missouri swept the reigning national champion Augustana Vikings to head to Cary once again. The Mules opened the 2000s with an impressive run to the finals every year from 2000 to 2005, but this is their first trip since 2016. Mason Janvrin saw his impressive 56-game on-base streak come to an end (68 if you go back to last season), but he and Erik Webb will make every pitcher work in the finals. Both are hitting north of .400 and both have an OPS over 1.000.

Ho hum. Another DII baseball finals with the Tritons. Tip of the cap to head coach Eric Newman who has completely transformed this program into a certified powerhouse. Now, UCSD is looking to capture that elusive trophy after two national runner-up appearances in 2010 and 2017. Newman has a cast of characters that have been with him on this entire run, which will add fuel to the fire as it is the final trip for many of them. Alex Eliopulos was a hitting star two years ago in Grand Prairie, Texas and Preston Mott and Ted Stucka have become fixtures for the pitching staff. Keenan Brigman, Kyle Lucke, Blaine Jarvis, and Jonah Dipoto have all been along for this ride and are looking to cap it off with a title.

The Lakers are the first repeat champions in the Atlantic Region in ten years. In 2018 they entered the finals as the seven seed, and they do so once again in 2019. The rotation is led by a pair of aces in Matt Minnick and Tyler Garbee. Garbee is 8-2 with a 2.89 ERA and 97 strikeouts in just 65.1 innings pitched. But Minnick is one of the great redemption stories in DII baseball this year.

Minnick was on top of the DII world garnering national attention in 2017 until two seasons of injuries slowed him down. He returned for some of last season to mixed results and didn’t appear in Cary. This year, Minnick is 6-3 with a 2.77 ERA and 122 strikeouts in 68.1 innings, earning PSAC pitcher of the year and NCBWA Atlantic Region pitcher of the year honors. You think Minnick is ready for his first appearance in the DII baseball championship? That’s a scary thought to opposing lineups.

What more can we say about these Bears? Their story is picking up steam on the national level as head coach Frank Catalanotto has transformed a 13-win team into a 37-win DII baseball finalist.

Pitcher DJ Masuck set the program record for wins in a single season, while Ariel Taveras set the mark in saves. Perhaps the most fascinating number is from setup man Dean Fazah. Fazah has stranded 20 of 21 inherited runners this season, and that includes entering a game on three occasions with the bases loaded. NYIT has never faced a single team in Cary, and while it enters the No. 8 seed in a tough opening matchup against the Mavericks, it certainly keeps the sleeper status alive as a mystery to everyone.

DII BASEBALL HISTORY: Programs with the most titles