The 2019 DII men’s soccer season begins Sept. 5 across the nation. While the opening match won’t necessarily end a team’s playoff aspirations, it can certainly set the tone for the year.

With a handful of top-25 matchups in the first few weeks of the season, that may just be the case. Here are five DII men’s soccer matches we expect to be exciting — and impactful — right out of the gate in the 2019 DII men’s soccer season.

Simon Fraser had one of the top-scoring offenses in DII men’s soccer last season at 3.21 goals per game. Cal Poly Pomona made it all the way to the semifinals in the DII Festival in Pittsburgh. To say this is a huge opening-night matchup undersells the match.

According to the Cal Poly Pomona history page, this is the Broncos first trip to Burnaby, British Columbia, to face Simon Fraser. The No. 2-ranked Broncos have an overall losing record to SFU but did win the lone bout last season, upsetting the No. 1-seeded Simon Fraser 1-0 in the second round of the DII men’s soccer tournament. This is a rematch that should be nothing short of exciting.

Charleston had one of the stingiest defenses in DII last year, allowing just 0.185 goals per game. If there was a problem with the Golden Eagles it was that the 2017 national champs lost most of their scoring leaders — like Will Roberts and Patrick Guier — that made them title-match regulars the previous four seasons. Despite those losses, this team still made it to the third round of the DII men’s soccer tournament to prove they are a DII power that’s not going anywhere any time soon.

2018 was a historic season for Ohio Valley. The Fighting Scots put up the most wins in program history and made it further than any team before them, bowing out to Fort Hays State in the national quarterfinals of the tournament. What better way to show you belong in DII men’s soccer’s elite than by downing one of the most consistent programs of the past five seasons.

This marks this first road game of the 2019 season for the Dragons, and it won’t be an easy task. It is important for Tiffin to set the tone in this match as it starts a five-game road trip for the Dragons. SVSU begins a new era of Cardinals men’s soccer as head coach Andy Wagstaff — who led Saginaw Valley State to the tournament in all four years he was there — stepped down. Enter Louis Barrow, whose resume as head coach would build rather quickly taking down a top-25 team early in the season.

Spring Hill enters the season with its first-ever preseason top-25 ranking. The Badgers also return one of DII men’s soccer’s top scorers in Alex Lipinski and one of the most balanced offenses in the game last year: Spring Hill was tied for sixth with 2.95 goals per game, second with 3.32 assists per game, and third with 9.21 points per game. The Sailfish have become the team to catch in the Sunshine State Conference, winning back-to-back regular season and tournament titles since becoming a full-time member two years ago. This is a great early-season test for both teams.

DII men’s soccer’s leading goal scorer from 2018 — Fort Hays State’s Santiago Agudelo — takes center stage in a battle of the two top-scoring offenses. Fort Hays State was No. 1 at 3.29 goals per game with Northeastern State putting 3.26 per game in net in 2018. It is also a rematch from the NCAA DII tournament, one in which Fort Hays State advanced to the quarterfinals behind a 3-1 victory. What more do you need for a thrilling early-season showdown?

Games to watch, championship information and an in-depth look at what you need to know before the 2019 men’s college soccer season kicks off on Aug. 30. 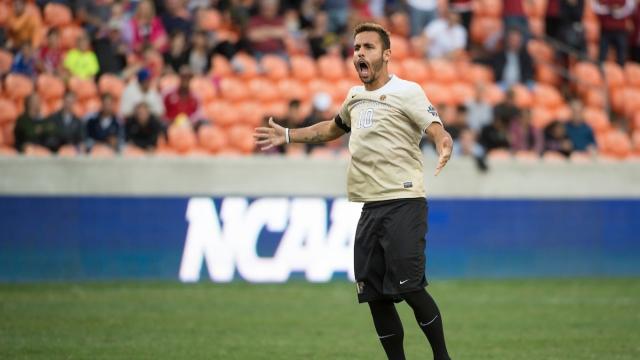 As the 2019 college soccer season inches closer, here are some of the top Division I men’s players to watch from the preseason top 25. 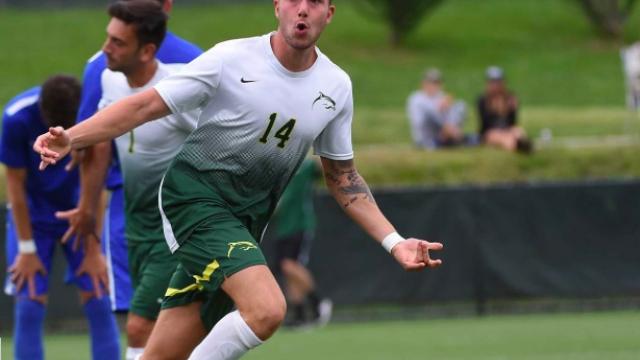 Salar Frayar has more goals than any other DII men’s soccer player heading into 2019. Here’s a look at the active leaders as the DII season approaches.