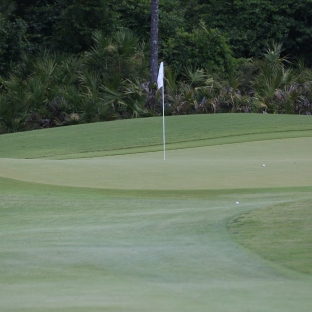 Substitutions will be allowed in stroke play and match play during the regionals and finals of the Division I Men’s Golf Championships, effective in spring 2018.

The Division I Competition Oversight Committee approved the change during its meeting last week in Indianapolis.

Substitutions have been permitted only once before, for the match-play portion of the 2017 tournament.

The Division I Men’s Golf Committee has discussed substitutions at length with coaches during the past year. In a recent survey, 57 percent of the nearly 200 coaches who responded indicated that substitutions should be permitted in all rounds of the postseason.

When substitutions were permitted for match play in 2017, 23 programs brought a sixth player to the championships, and seven of the eight teams that advanced to the match-play finals had a sixth player on site. The committee believes allowing substitutions for stroke play will provide each team the ability to adjust its lineup so that each will be participating with five players.

If a sixth player is brought along but does not participate, the committee believes it will still enhance the experience for that student-athlete by providing an opportunity to observe the national championships and to know what is expected to make the lineup in future years