No. 1 Michigan State routed Albion in an exhibition game Tuesday night, but the most memorable moment came with 31.2 seconds left on the clock.

Steven Izzo – a freshman walk-on for Michigan State, and son of legendary head coach Tom Izzo – scored his first collegiate point. Izzo missed his first free-throw, but the second rattled in. And the Spartans’ reactions were awesome.

The bench goes nuts, and dad has some sort of teary-eyed smile going on. Take a look:

“After I made it, I gave my dad a look to make sure he wasn’t tearing up,” Steven Izzo said. “He seemed to have a smile on his face with a little bit of water in his eye. It was awesome to be a part of and to get my first bucket.”

And Tom Izzo couldn’t help but crack a few jokes at the postgame presser.

“In the warmups he shot an air ball about three feet short and I told him basketball is like golf, if it doesn’t get there, it doesn’t have any chance to go in,” he said. This one he listened to his coach and he shot it three feet long, but it was fun.”

Steven Izzo is expected to redshirt this season, but a cool preseason moment nonetheless. Michigan State opens up regular season play against Kentucky on Tuesday in the Champions Classic. 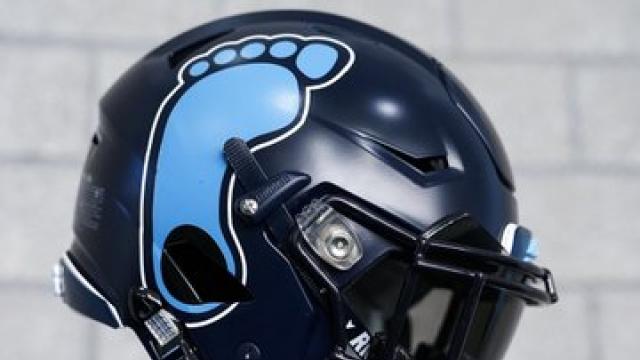 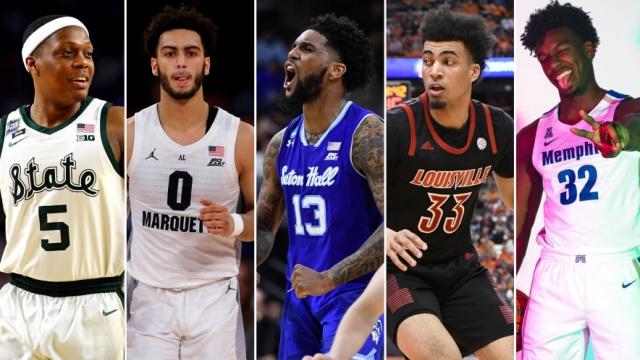 Cassius Winston is the only consensus selection on The Associated Press preseason All-America team announced Tuesday, a day after Michigan State was ranked No. 1 in the AP preseason poll. 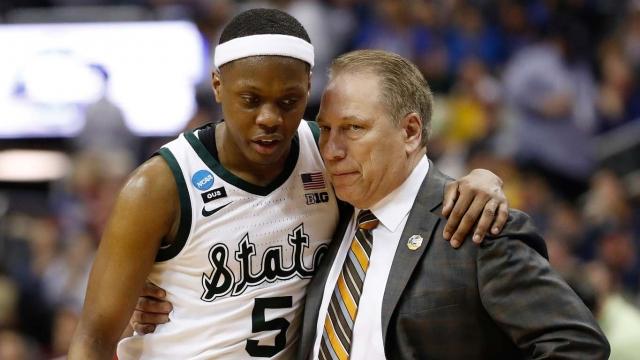 Michigan State is the preseason No. 1 in the AP Top 25 men’s college basketball poll for the first time in school history.