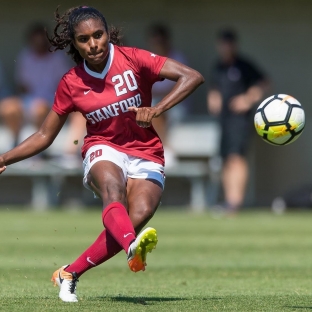 The No. 2 seeds include UCF, Texas A&M, UCLA and West Virginia. Capturing the No. 3 seeds are Penn State, Virginia, Florida and Southern California. Ohio State, Texas, Princeton and Florida State each earned a No. 4 seed to complete the top 16-seeded teams.

The Southeastern Conference led all conferences with nine teams in the tournament. The ACC followed with eight teams, the Pac-12 with six teams and the Big Ten Conference and Big 12 Conference will each have five representatives in this year’s tournament.

Thirty-one conferences were granted automatic bids for the 2017 championship, while the remaining 33 teams were selected at-large. The top 16 teams are seeded and conference teams cannot play each other in the first or second rounds. When pairing teams, the committee follows geographic proximity parameters. The top 16 teams will host and all other sites were selected for the first round to create the least number of flights.