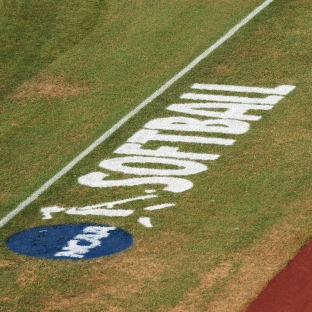 The NCAA Softball Rules Committee has recommended a proposal banning defenders from blocking the plate or base before they have possession of the ball, effective for the 2018 season.

The committee, which met last week in Indianapolis, believes this possible rule change would be equitable for the base runner and the defensive team. If approved, the base runner will have a clear path to the base. Also, if the defender has possession of the ball and is in front of the plate or base, the runner can slide and have contact with the defensive player if the runner is making a legitimate attempt to touch the plate or base.

If a defender blocks the plate or base before gaining possession, the runner would be called safe. If the runner contacts the defensive player without making a legitimate attempt to slide, the runner will be called out.

All rules recommendations must be approved by the NCAA Playing Rules Oversight Panel, which is scheduled to discuss softball proposals Aug. 16.

Currently, the defender could block the plate or base in the act of catching the ball. The committee felt the language was too ambiguous.

The proposal seeks to clarify the rule and remove any gray area on those types of plays.

“As a committee, we are always looking at ways to improve the quality of the game,” said Rich Calvert, committee chair and coach at Drake. “One of the bigger proposed rules changes is obstruction. While this is always going to be a judgment call, we felt that by making the defender have possession of the ball before blocking the base, plate — or in the base path — it makes it a little clearer whether the defender is obstructing the runner.”

The committee recommended that the runner’s lane be drawn on the field down the first base line, reverting to the rule in the 2014-15 rules book.

The lane would be three feet wide and 30 feet long. If a runner is outside the lane and is hit by the ball, and in the judgment of the umpire interferes with the defensive player receiving the ball at first base, the runner will be declared out.

During the 2015 annual meeting, the committee voted to eliminate the runner’s lane as a required line on the field. However, this change inadvertently and fundamentally changed the concept of the runner’s lane.

The committee felt there is a need for the line to help umpires determine whether a runner interfered with a throw to first base and to give the runner a clear area where she can run without penalty.

Committee members recommended a two-minute time limit to resume play between each half-inning in televised games.

Several Division I conferences experimented with a time limit between innings and restricted number of conferences during the 2017 season.

Stay in the box

The committee proposed requiring hitters to have any part of both feet touching the ground inside the lines of the batter’s box when bat-ball contact is made.

A hitter who makes contact with a pitch with any part of her foot touching the ground outside the lines of the batter’s box will be declared out.

Committee members have seen a trend of many hitters being outside the box when contact is made with pitches.

To increase the pace and flow of the game, the committee recommended allowing coaches to make defensive substitutions that involve only position changes and do not affect the batting lineup without reporting this change to the umpire.

Additionally, the committee recommended that coaches be allowed to make projected substitutions by notifying the plate umpire any time the ball is dead. Substitutes will not be required to enter the game at the time the substitution is reported. This will allow coaches to report more than one change at the beginning of the inning or to re-enter the designated player before her next at bat.

The committee also recommended prohibiting the defense from huddling after throwing the ball around the infield after an out. Several Division I conferences also experimented with this rule during the 2017 season.