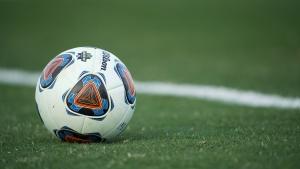 
Based on a recommendation from the NCAA Committee on Competitive Safeguards and Medical Aspects of Sports, the NCAA Men’s and Women’s Soccer Rules Committee proposed hydration breaks at a set time during each half.

The proposed rule would be applied when the wet bulb globe temperature is equal to or greater than 86 degrees and would start with the 2019 season.

All rules proposals must be approved by the NCAA Playing Rules Oversight Panel, which is scheduled to review the soccer rules recommendations April 17.

The committee, which met March 12-13 in Indianapolis, proposed the hydration breaks occur between the 25- and 30-minute marks of the first half and the 70- and 75-minute marks of the second half and last for a minimum of two minutes. Appropriate host personnel will conduct the temperature measurements before the game and again throughout the game. Appropriate host personnel will instruct the on-field officials if the threshold for hydration breaks is met. The referee is responsible for informing the head coaches and implementing the hydration breaks. Additional breaks are permissible at the discretion of the referee.

Take a deep dive into the sport, the trend and the future of #NCAASoccer.

If approved, the rule would align closely NCAA collegiate soccer with FIFA and U.S. soccer.

The committee reaffirmed its position to enforce a current rule that requires a postgame forfeit if it is determined after the game that the winning team allowed a player or coach to participate in a game that a player or coach should have otherwise been suspended from because of a red card or accumulation of yellow cards.

In these scenarios, the committee recommends that the losing (nonoffending) team receive a 1-0 victory, and the team that used the illegal player or coach be given a 1-0 loss. If the forfeiting team originally lost the game on the field, the results of the game will remain. In both situations, all individual statistics count except for those statistics of the illegal player.

Currently, the penalty for illegal participation by an ejected or card-suspended coach or player is a forfeit and additional suspensions for the coach or player. However, because of conflicting language in the rules book, the forfeit is not being enforced for NCAA statistical purposes. The rules committee is recommending that the current forfeit rule in the rules book be enforced and the conflicting language be removed from the rules.

An estimated 20% of all men’s soccer student-athletes are the first in their family to attend college: https://t.co/0MGzf93l9S pic.twitter.com/V2N8Zrbk8F

“We currently have rules that punish the coaches and players who participate illegally in the form of additional suspensions, but no way of protecting the aggrieved team if they lost the game,” said John Trask, committee chair and men’s soccer coach at Wisconsin. “The rules committee agreed that by enforcing the current forfeit rule by changing the loss to a 1-0 win for the losing team, any disadvantage that the losing team may have encountered is recognized.”