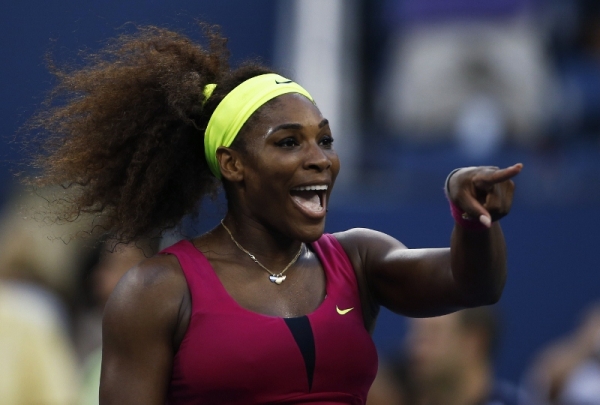 Serena Williams is ecstatic after sealing a final berth with a straight-set victory over Sara Errani in the semi-finals of the US Open (Photo : Reuters)

Serena Williams, the world’s top female tennis player and No. 1 ranked player at Wimbledon, will begin her quest for a second consecutive Grand Slam title after a dominant showing at the French Open. Williams will square off against Mandy Minella, the world’s 92nd-ranked player in a match that can be live streamed here.

While there’s little doubt Williams is the superior player in this matchup, she needs to make sure she is focused on Minella, and not the brewing controversy hovering above the proceedings between her and Maria Sharapova.

In a recent Rolling Stone article, Williams was talking about Sharapova and was quoted as saying, “She begins every interview with ‘I’m so happy. I’m so lucky’ — it’s so boring. She’s still not going to be invited to the cool parties. And, hey, if she wants to be with the guy with a black heart, go for it.”

“At the end of the day, we have a tremendous amount of respect for what we do on the court. I just think she should be talking about her accomplishments, her achievements, rather than everything else that’s just getting attention and controversy. If she wants to talk about something personal, maybe she should talk about her relationship and her boyfriend that was married and is getting a divorce and has kids,” Sharapova continued. “Talk about other things, but not draw attention to other things. She has so much in her life, many positives, and I think that’s what it should be about.”

Williams also has taken heat for comments regarding the rape case in Steubenville, Ohio that appeared insensitive to the victim of sexual assault when saying the girl “shouldn’t have put herself in that situation.”

Williams has apologized for what was written in the article saying, “What was written — what I supposedly said — is insensitive and hurtful, and I by no means would say or insinuate that she was at all to blame.”