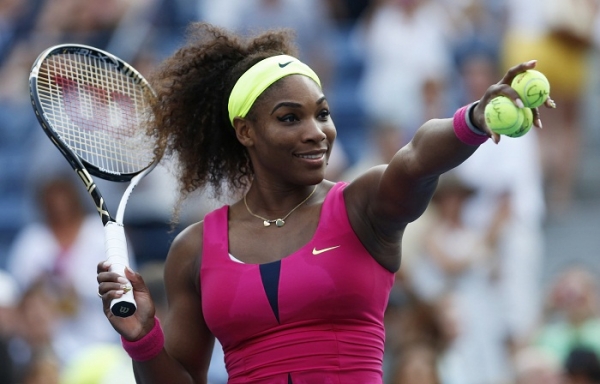 Today at the U.S. Open in Queens, 31-year-old Li Na, the first every Chinese female player to make it this far in the tournament, will get the test of a lifetime against world No. 1 Serena Williams. Live stream the action for free here.

Na has the weight of China on her shoulders, as she goes against the toughest player in the field, who holds an 8-1 career advantage over her. Na’s lone victory over Serena came in 2008. She will be hoping that Williams might experience some fatigue, as she’s pulling double duty in the doubles tournament with her sister Venus.

Serena has run through the U.S. Open this year like a bull in a china shop, flattening opponents in quicker fashion than anyone else. She hasn’t had any days off, though, due to her doubles success.

Although Williams has owned Na, Serena said she’s played her tight in plenty of those meetings. “She’s a great challenge,” Williams said. “She moves really well. She does everything well. She has been playing really close. Who knows? Maybe the next time we play she might want to go from close to a win, so I have to be ready for that.”

Na concurred, saying “It’s a tough, tough opponent. But it’s a good challenge to play against her, because I think we always have a tough match, even in Cincy.”

Much has been made of the collective age of the four female semifinalists, sans the 24-year-old Victoria Azarenka. Williams, Na, and Azarenka’s opponent Flavia Pennetta are all 30 years old or more. “I feel so good, so healthy, every time I walk on the court,” Williams said. “I’m actually serving harder than I ever have in my career. The racquets are stronger and I’m more fit. I have been able to keep up with the times.”