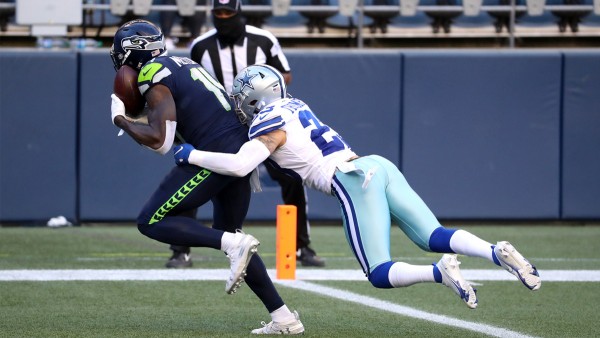 Seahawks Won Against Cowboys 38-31 But Almost Wrecking the Game

This was Wilson’s one out of five touchdown passes during the season, breaking records for most scoring passes (14) in the first three games.

Metcalf came with what appears to be a walk-in touchdown after catching the pass from the team’s quarterback. He overlooked Dallas Cowboys cornerback Trevon Diggs from behind, who knocked the ball out of his hands. It would have been a touchdown if the wide receiver was not too confident.

“The lesson learned will help everybody, and fortunately, we overcame it and didn’t wreck the game for us,” Carroll commented on the blunder. “But it’s a terrible play. It is because he’s got a touchdown, just finish it off, and he started celebrating too early.”

After the mistake, Metcalf went quiet for a while before making a big play during the late game when Wilson passed a good throw for him to get another chance to redeem himself with a touchdown. As for the Dallas Cowboys, coach Mike McCarthy admitted that the Seattle Seahawks made more key plays than their team did.

“We had a lot of production, but the key plays in the game, I think you’ve got to give those guys credit,” the Cowboys coach said about the opposing team.

The win was not without a price because the Seattle team suffered injuries. Seahawks’ strong safety Jamal Adams suffered a groin strain in the fourth quarter while attempting to rush on Dallas Cowboys quarterback Dak Prescott. He was seen limping on the sideline as he retreated from the game.

Seattle Seahawks running back Chris Carson also sprained his knee during the team’s final play when Cowboys Trysten Hill tackled him, resulting in an awkward twist. Mike Iupati and Jordyn Brooks got their knees sprained as well while Damien Lewis sprained his ankle.