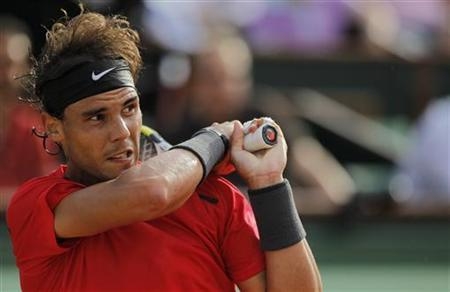 The 2013 U.S. Open men’s draw comes to a close tonight at 5:00 p.m., and the two men left standing, No. 1 Novak Djokovic and No. 2 Rafael Nadal, provide the pairing tennis fans wanted. Live stream the final for free here by clicking this link, or listen to the match here.

Djokovic had to go to war with Stanislas Wawrinka to make it to these final, looking primed for defeat after falling in a classic final set third game to Wawrinka.

“Well, I was thinking — I guess everybody was thinking — ‘Whoever wins this game is going to win the match,’ ” Djokovic said. “After he won the game, I thought to myself, ‘OK, I guess I have to fight against those odds.'”

Djokovic did beat those odds, 2-6, 7-6 (4), 3-6, 6-3, 6-4, topping Wawrinka and reaching the U.S. Open final for the fourth consecutive year. World No. 2 Nadal didn’t have it so bad in the semifinal, cruising past Richard Gasquet in straight sets to meet Djokovic in the final for the third time in four years.

“It was a really long game with some good points and some big mistakes,” Wawrinka said, while admitting fatigue factored into his fade. “He was quite nervous. I was really tired. I was struggling physically, and it was not easy to keep the level quite high. But, for me, it was just important to fight and not to let him go and not to lose 6-1 or 6-2, but just to try to get every game I can.”

Novak is an amazing competitor,” Nadal said. “His results say that he is probably one of the best players that I have ever seen.”

Djokovic will also be playing on the hardcourt, which is his best surface. His dominance on these courts don’t match Nadal’s clay court prowess, but he is still a force nonetheless. “Hard court is my most successful surface,” Djokovic said. “This is where I can say I feel most comfortable and confident. Hopefully, I can perform better than I did in the Wimbledon final and maybe get a chance to win a trophy.”