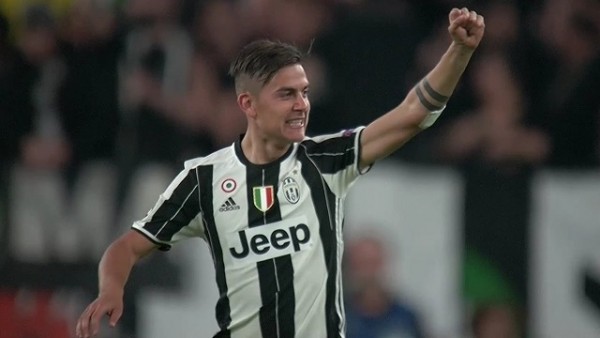 Paulo Dybala of Juventus celebrates after scoring against Barcelona in the First Leg of the UEFA Champions League Quarterfinals. (Photo : BlansaroniTV/YouTube)

Paulo Dybala put on a show on Tuesday night in Turin as Juventus defeated Barcelona 3-0 in the first leg of their UEFA Championship League quarterfinal matchup. With his performance, Barcelona legend Xavi believes Dybala is ready to play for the Blaugrana.

The 23-year-old star forward had a match-winning display for the Bianconeri wherein he bagged a first-half brace. He was the best player on the pitch as he had 22 completed passes, two shots on targets, and two tackles won on top of the two goals he scored, per Squawka Football.

Barcelona had no answer for Paulo Dybala, who has been linked with a move to Spain this coming summer. The Argentinean star is not in a rush to move from Juventus to Barcelona but he is open to changing clubs.

In an interview with Marca, Xavi expressed his admiration for Paulo Dybala. He noted that the young player has a great future and he looks ready to play for Barcelona. The Blaugrana have reportedly made Dybala their primary target this offseason.

“Dybala would fit in perfectly at Barcelona if you look at the other players there. He has a lot of talent and is capable of playing for any big team. He is a natural who plays at a high level and is still young. He is ready to play for Barcelona,” Xavi said.

According to Bleacher Report, Paulo Dybala fits perfectly in Barcelona along with Lionel Messi, Luis Suarez and Neymar. He can play any position in the forward line and he has shown this season that he is ready to join one of the biggest clubs in the world.

However, Barcelona is not the only club linked with Paulo Dybala. Rivals Real Madrid are also keen on scooping him up this summer while Chelsea is prepared to break the bank to get him to Stamford Bridge. Dybala is currently worth €50 million but he will surely get sold for more than that amount.