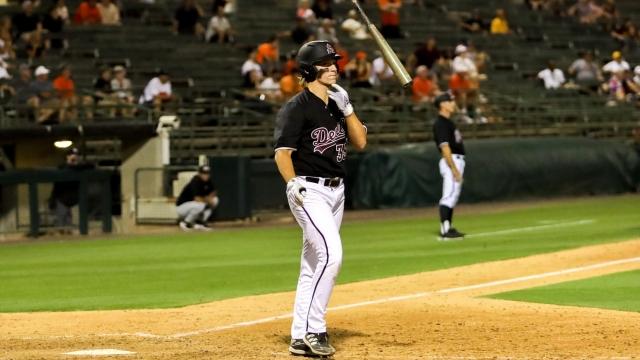 SAN FRANCISCO — The Pac-12 announced today the creation of a Conference championship event for baseball in partnership with the City of Scottsdale and The Arizona Sports & Entertainment Commission. The inaugural Pac-12 Baseball Tournament is scheduled for May 25-29, 2022 at Scottsdale Stadium.

“The Pac-12 Baseball Tournament is a marquee event that will serve to enhance the exposure of the Conference’s baseball programs with competitive, late-season matchups prior to NCAA Tournament selections,” Pac-12 Commissioner George Kliavkoff said. “It will also provide student-athletes with a first-class experience and the opportunity to compete for a championship in a premier destination for the sport on the West Coast. A lot of work has gone into the creation of this tournament and we are grateful for the partnership of the City of Scottsdale and The Arizona Sports & Entertainment Commission in making it a reality.”

“Scottsdale Stadium is the perfect venue for the Pac-12 Baseball Tournament,” said City of Scottsdale Mayor David Ortega. “Our city has a long history with Major League Baseball, including a nearly 40-year relationship with the San Francisco Giants, and we’re ecstatic to be able to add Pac-12 baseball to the mix. We look forward to hearing the roar of fans at the ballpark as the Conference crowns its champion in Scottsdale.”

“Scottsdale could not be more excited to welcome fans of Pac-12 baseball to our community,” said Assistant City Manager Bill Murphy. “Beautiful Scottsdale Stadium nestled in our bustling Old Town area will be the perfect showcase for the nation’s top collegiate baseball teams and a wonderful destination for their fans. Let’s play ball!”

SUPERLATIVES: Take a look back at the superlatives from the 2021 College World Series

The double-elimination tournament will be spread over five days at the Spring Training home of the San Francisco Giants. The top eight teams in the Conference standings at the conclusion of the regular season will earn berths in the Pac-12 Baseball Tournament, from which the champion will receive the Conference’s automatic bid to the NCAA Tournament. The Pac-12’s initial agreement with the City of Scottsdale runs through 2024.

Pac-12 programs have combined to win 29 of the 74 NCAA baseball championships all-time, 15 more than the next closest conference. The league also boasts nine Golden Spikes Award winners, tied for the most all-time, and paces its peers with eight No. 1 overall MLB Draft picks, including in four of the past 11 drafts and two of the past three.

“Creating this tournament is a meaningful way to showcase Pac-12 baseball at an important time of the year,” said Stanford’s Clarke and Elizabeth Nelson Director of Baseball David Esquer, who has been involved with Pac-12 baseball for more than 30 years as a player and coach. “I’m excited for the competitive opportunities the Pac-12 Baseball Tournament will provide our programs, the championship experience it will deliver for student-athletes, and the atmosphere it will create in an unbeatable location for both fans of our schools and those who may just be fans of the game.”

“This Conference championship will be a wonderful celebration of Pac-12 baseball in an incredible venue,” said Washington Director of Athletics and member of the NCAA Division I Baseball Committee Jennifer Cohen. “Providing our student-athletes a chance to compete on this stage will help to broaden the exposure of the league’s programs and elevate the Pac-12 baseball brand. I’m thrilled that college baseball fans on the West Coast and across the country will have the ability to enjoy such a flagship event that will showcase the talents and strength of our league, and am looking forward to the first Pac-12 Baseball Tournament in May.”

LLWS TO COLLEGE: Here are notable college players who played in the Little League World Series

The Pac-12 is coming off of a season in which six teams earned NCAA Tournament bids, tied for the second-highest total in league history, including three regional hosts for the sixth time since national seeding began in 1999. The Conference has had a representative in all but seven NCAA College World Series fields since the championship began in 1947 and in 39 of those championships, a Pac-12 team has finished either first or second.

USC has more NCAA titles than any other school in the nation with 12 and Arizona State is fourth with five. Four other Pac-12 schools have claimed at least two national titles, including Arizona (four), Oregon State (three), California (two) and Stanford (two). Pac-12 programs account for six of the 15 schools that have captured multiple college baseball national championships, double the number of schools of any other conference.

Additional details about the 2022 Pac-12 Baseball Tournament will be announced at a later date.