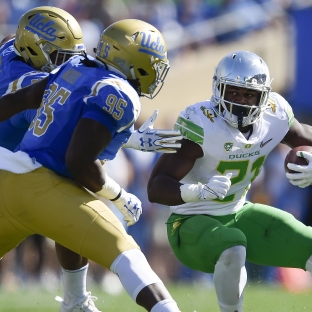 Oregon running back Royce Freeman joined an exclusive club during the Ducks’ game against UCLA on Saturday. The senior eclipsed the 5,000-rushing yard mark for his career, becoming just the 19th player in FBS history to do so.

Here is the list of FBS players to reach the 5,000-yard mark. Reminder: Bowl stats were not included in career totals until 2002.