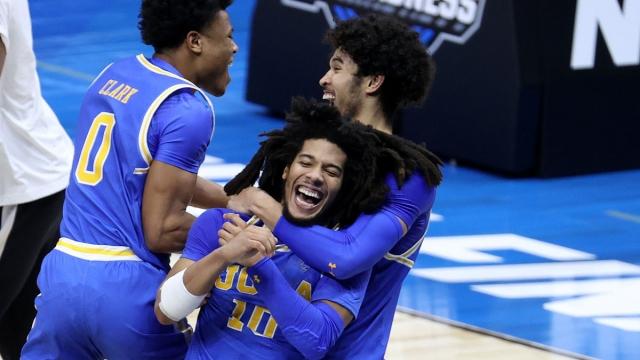 Only .025 percent predicted the 2021 Final Four teams in the Bracket Challenge Game

UCLA’s upset of No. 1 Michigan in the Elite Eight turned what could have been a record-high number of 4-for-4 Final Four picks in the Bracket Challenge Game into another year of rarely predicted perfection.

Only .025 percent of BCG brackets correctly predicted all of the Final Four teams this year, highlighting how difficult it can be when even three of the four teams are a No. 1 or No. 2 seed. ESPN had a similar result of nearly 0.02 percent.

Though undefeated Gonzaga, No. 1 seed Baylor and No. 2 Houston are in the Final Four, UCLA is only the fifth No. 11 seed to make the national semifinals. The Bruins are also only the second team to go from First Four to the Final Four, with 2011 VCU the first. It’s necessary to point out that because UCLA played Michigan State in the First Four, it’s possible some of these BCG brackets went with the Spartans to make a run and didn’t alter their picks before brackets locked.

If Michigan’s final shot attempts went in, things would have looked very differently, however. About 7.80 percent of BCG brackets had Gonzaga, Baylor, Michigan and Houston in the Final Four — the second-most picked grouping of teams. Only the four No. 1 seeds together were a more popular pick at 8.04 percent. If that 7.80 percent happened, it would have easily been the best result in BCG history going to 2011, as the top mark is 1.61 percent in 2015.

Where do we go from here? Gonzaga was, by far, the most popular national champion pick at 38.82 percent. In total, slightly over half of BCG brackets (50.71 percent) still have their title winner playing. For comparison with the 2019 tournament, that number was only 11.7 percent — Duke went out in the Elite Eight and was the national champion in 39.2 percent of BCG brackets.

And if you think the 0.025 percent seems low when it comes to going 4-for-4 on Final Four, it’s actually one of the better results for BCG users going back to 2011. But the top mark remains 2015 at 1.61 percent. That year, undefeated No. 1 Kentucky, No. 1 Duke, No. 1 Wisconsin and No. 7 Michigan State reached the national semifinals.