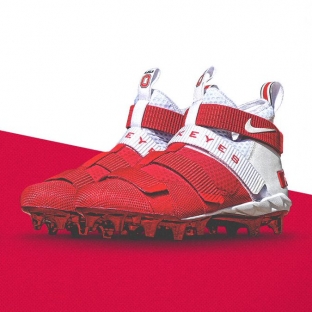 And, as premiere programs tend to do for big matchups, the Buckeyes revealed some shiny new gear ahead of the primetime showdown.

A cleat fit for a King

Last season, Ohio State and LeBron got together for one of the top games of the year — No. 2 Ohio State and No. 3 Michigan — to debut the Soldier 10 cleat.

Built for dominance. @ohiostatefb is battle ready in the LeBron Soldier 10 Cleat.

In case you forgot, the Buckeyes walked off in overtime of that matchup.

Will the LeBrons’ magic continue against the Sooners?