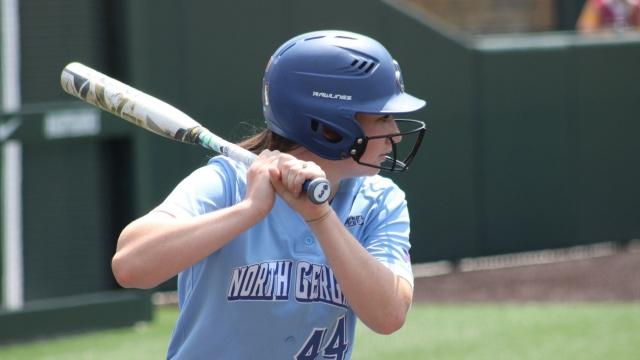 By this time next week, we’ll know which teams made it to the 2021 DII softball tournament.

There’s still a lot that needs to be settled before then. But at least the latest Power 10 is complete.

As a reminder, these are my rankings, and mine alone. I take several factors into account, including overall record, record against ranked teams, NFCA rankings, winning streaks, losing streaks, head-to-head matchups and team statistics.

Here they are, with each team’s ranking in the previous Power 10 in parentheses.

It’s business as usual for the Vikings, who finished the regular season on a 12-game winning streak. Two of those victories came in a doubleheader against a talented Winona State team on May 8. But it’ll be a quick turnaround for Augustana (SD) with the NSIC tournament beginning on Thursday, May 13. The Vikings will face the lower-seeded winner of the two play-in games.

Last week, I wrote that Oklahoma Christian would need to sweep its doubleheader with UT Tyler to leapfrog the Patriots in the Power 10. The Eagles did exactly that on May 4, and improved to 12-3 against ranked teams this year. They also have the No. 1 seed in the LSC tournament. Oklahoma Christian doesn’t know its opponent just yet, but it’ll play in the first round at 7:30 p.m. ET on Thursday, May 13.

Don’t look now, but North Georgia is quietly rising in these rankings. The Nighthawks have won their last 14 games and are fresh off a 6-1 victory over Columbus State in the semifinals of the PBC tournament. They’ll meet Young Harris in the PBC championship game on Saturday, May 15. The winner will get the conference’s automatic bid to the NCAA tournament.

UT Tyler saw its 12-game winning streak, as well as its season, come to an end against Oklahoma Christian. The Patriots aren’t eligible to compete in this year’s LSC tournament due to their DII provisional member status. Still, they were one of the best teams in the country and deserve to be on this list.

Auburn Montgomery is unstoppable at the moment. The Warhawks captured the GSC tournament championship over the weekend, and outscored their opponents 27-5 in the process. That puts their winning streak at 19. It’s currently the longest in DII.

UIndy went 6-1 in the GLVC tournament and clinched the championship with a 16-2 win over McKendree in five innings. The Greyhounds still lead the nation in victories with 43. They can add to that impressive total with another deep postseason run.

The Chargers have cooled off. Alabama Huntsville went 1-2 in the GSC tournament and was eliminated with an 8-0 loss to West Georgia on May 7. Like several other teams on this list, the Chargers can only wait until the DII softball championship selections are announced on Sunday, May 16.

Valdosta State made it to the GSC championship game, but fell to Auburn Montgomery 5-2. That was the fifth loss in the last seven games for the Blazers. They’ll have some time to regroup before the 2021 NCAA tournament begins on May 19.

The Buffaloes will end a two-week break when they face Texas-A&M Kingsville in the LSC tournament on May 14. West Texas A&M finished the regular season on a 10-game winning streak. Those last six wins were courtesy of the mercy rule.

A victory over UNC Pembroke in the PBC tournament kept the Mountain Lions in the Power 10. Their reward is a date with North Georgia for the conference’s automatic bid. But there are three teams on Young Harris’ heels, and they’re all within striking distance of these rankings.

The Tars finished strong with a three-game sweep of Florida Southern College to close the regular season. There’s no Sunshine State tournament, so those last three victories were especially important.

The Railsplitters have been waiting for the DII softball championship selections since April 25. They’ll have to wait some more. Assuming they play in regionals on May 19, it would be their first game in 24 days.

On the eve of the GLIAC tournament, here’s a reminder to keep an eye on Grand Valley State. The Lakers have won eight in a row and are the top seed in their conference tournament.