No. 1 North Dakota State’s second-longest win streak in FCS history is still alive thanks to a gutsy fourth down call and a dagger touchdown run against No. 3 South Dakota State.

Needing less than one yard on fourth-and-one from its own 29-yard line with 2:42 remaining in a 16-16 game, NDSU kept its offense on the field and Adam Cofield took a hand-off 71 yards for the game-clinching touchdown.

The win is the Bison’s 29th straight, spanning back to a loss to South Dakota State on Nov. 4, 2017. NDSU has now beaten SDSU in the Dakota Marker series in three straight years since that last defeat.

Cofield’s game-winning touchdown came after the two teams traded interceptions in the final five minutes of regulation. Josh Hayes came down with the latter pick for the Bison at their own 15-yard line. Three plays later, Cofield went the distance.

SDSU held a 6-3 halftime edge before the Bison scored two touchdowns in the third quarter to take a 16-6 lead. SDSU responded with a field goal and a Keaton Heide rushing touchdown to even up the score at the 7:22 mark, setting up a crazy final five minutes of regulation.

The Bison finished with 332 rushing yards, including 97 from Ty Brooks and 86 from Cofield. Aided by a 59-yard touchdown from Brooks in the third quarter and Cofield’s 71-yard home run, NDSU finished with 7.5 yards per carry.

NDSU quarterback Trey Lance finished 7-of-14 passing for just 62 yards and a touchdown to go with 76 rushing yards. The first-year starter has still not thrown an interception this year.

SDSU lost its starting quarterback J’Bore Gibbs in the first quarter due to injury. Third-stringer Kanin Nelson finished 2-of-9 for 13 passing yards and 27 rushing yards.

With the win, North Dakota State takes sole possession in the MVFC conference race at 4-0. Its 29 straight wins is now just four behind its own FCS record of 33 straight wins from 2012-14. 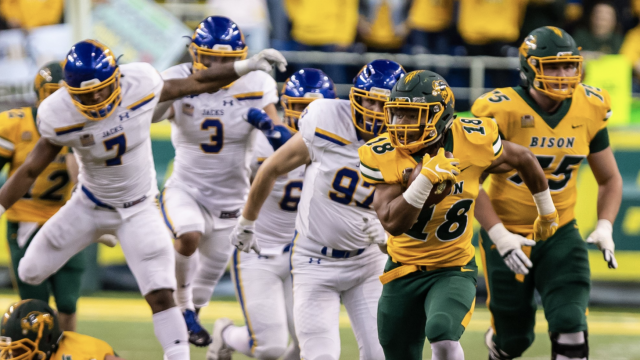 No. 1 North Dakota State travels to No. 3 South Dakota State for the 16th annual Dakota Marker game and the 110th all-time meeting between the two FCS powerhouses. Here’s what to watch for in Saturday’s top-3 clash. 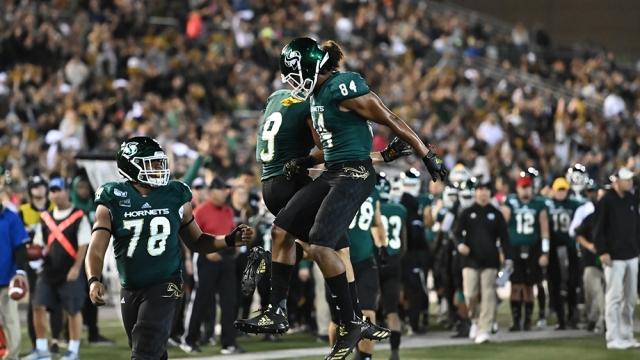 Here are the nine FCS football programs with the most all-time wins.