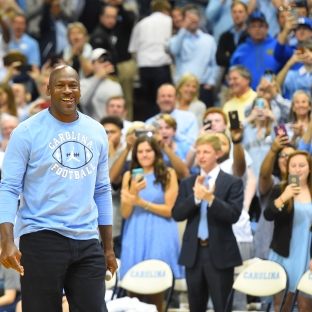 Michael Jordan last played for North Carolina during the 1984 college basketball season but on Saturday, Jordan will be suiting up for the Tar Heels again. Well, kind of.

RELATED: The best point guards of the last 30 years

The announcement includes an 11-second video with audio that says, “Please help me welcome home the greatest to ever play the game, Michael Jordan!”

Jordan’s last major public appearance at a North Carolina event was at a UNC-Duke basketball game in March, when he announced that the school’s football team would wear Jordan Brand uniforms. He infamously spoke at halftime and told the Tar Heel faithful, “The ceiling is the roof.”

You can see North Carolina’s announcement below: