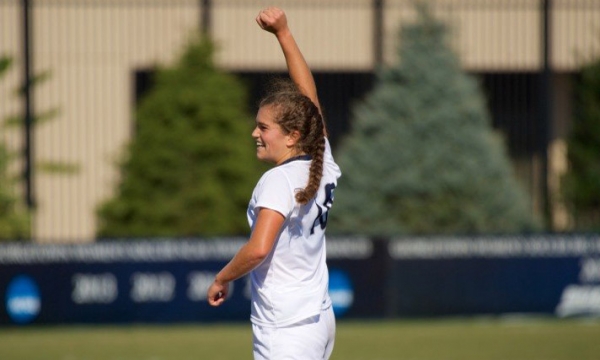 With another season coming up, top players have graduated or moved on to professional careers, leaving many teams looking toward their top returning performers to make an impact this upcoming year.

Before the new season kicks off, here are some names to know ahead of the season:

Seiler, who is entering her final year at Florida, is a very versatile player who has seen action playing midfield as well as defense for the Gators and has the ability to make plays. Last season, she started in every match for Florida while earning All-SEC honors. The Georgia native was invited to the U.S. Under-23 National team camp. She’s even been compared to Julie Ertz

Clem did not miss a minute of action for the Wildcats last season, recording 17 shutouts in 23 matches, which led the nation. Her amazing performances in goal led to Northwestern allowing an NCAA-best of .029 goals per game, as Clem let in only seven the entire season. The Michigan native was awarded Big Ten Goalkeeper of the Year and was also named to the All-American third-team by NSCAA.

McCaskill was named a MAC Hermann Trophy semifinalist last season after setting the single-year school record for points with 45 and goals (17). Entering this season, the forward is 30 points shy of the all-time program record. Her ten game-winning goals ranked second in the nation behind UConn’s Stephanie Ribeiro. On July 20, McCaskill was called up to the USWNT U-23 Camp. In 2014, she was named the SEC Freshman of the Year and last season picked up the conference’s Offensive Player of the Year Award.

The best of the best come to South Carolina. #Gamecocks #ForeverToThee pic.twitter.com/2eyvEoAChV

Corboz helped the Hoyas to a successful season and a trip to the semifinals of the College Cup last season. In addition, Corboz led the Hoyas to their first-ever Big East tournament championship, while helping the program set new records in wins (20) and goals scored (61) for the season. She was selected as an NSCAA First Team All-American after she tallied 11 goals and 16 assists for the season. Her 16 assists led the nation.

RELATED: Names to know in men’s soccer this upcoming season

Miller started in all 22 matches for the Seminoles last season, posting 13 solo shutouts, many against top teams in the ACC. She allowed only nine goals on the season, while recording 58 saves. She finished the nation ranked fourth with a 0.398 goals against average. Her impressive play earned the Arizona native NSCAA First Team All-American honors and helped Florida State to the second round of the College Cup. After winning the national championship her freshman year, it will be fun to see what Miller does in her final year in Tallahassee.

If you were to check out that stat leaders from last season, it would be hard to miss Alexis Kiehl’s name. She led the nation in goals scored with 21 and was second in total points with 48. She played in all 22 games for the Flyers and broke A-10 Tournament records for points (12) and goals scored (5). After an exciting year of the forward, her final year at Dayton could be another great season, with maybe more goals like the one below:

Fleming is certainly the youngest to make this list, but her talent doesn’t go unnoticed. After finishing her first year at UCLA she was selected as a NSCAA Third-Team All-American, making her just the fourth freshman in program history to do so. She led the Bruins in scoring with 11 goals and points (27). She picked up other honors such as First-team All-Pac-12 and was named Top Drawer Soccer’s Freshman of the Year. Along with being a force for UCLA, Fleming started on Canada’s 2016 Olympic team and played for Team Canada in the 2015 Women’s World Cup.

After recording seven goals and three assists, Ben took home Big East Midfield of the Year honors. She also was selected to the NSCAA All-American Third Team. In 17 matches for the Blue Demons, the Illinois native ranked third in the conference in shots (28) and fourth in shots per game (2.76). Ben certainly proved to be an offensive threat this past year, so look out for her this upcoming season.