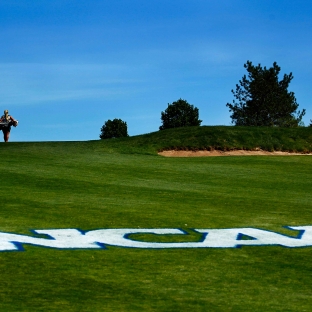 It took all 72 holes in an exciting finish from Findlay Country Club in Findlay, OH.

Dallas Baptist lead for the first two days of the tournament. But a third round filled with a lightning delay, some chillier temperatures, and unfriendly winds saw Barry claim the lead. Back and forth the two schools would go, before Barry’s Charlotte Puts — who tied with Annika Haynes of University of Indianaplois for a round four-best 2-under — clinched the title with her clutch par on 18.

It was as exciting as they could have made it, with Barry winning the 2017 DII women’s golf championship by one stoke, a score of 1,222 to 1,223, over Dallas Baptist University.

On the individual side, Marie Coors of Saint Leo staged a comeback of her own. After DBU’s Ann Parmerter led for most of the tournament, Coors shot a day four 1-under, for a four-day total of 295. Coors — the DII women’s golf Elite 90 Award winner — defeated Puts by two strokes.

Check our blog below for a look back on all the action: